MENU
Get the latest 75th Anniversary Gear at Spitsgear.com
June 11, 2014

General Manager Warren Rychel is pleased to announce the club has acquired the rights to 1997-born Luke Kirwan from the Guelph Storm. In exchange, the Spitfires have sent the club’s 2nd Round selections in 2018 and 2019 to Guelph.

Originally a 2nd Round pick of the Storm in the 2013 OHL Priority Selection, Kirwan spent the 2013-14 season with the United States National Under-17 team, putting up 29 goals and 28 assists along with 54 penalty minutes in 54 games. Representing the U.S at last season’s World Under-17 Hockey Challenge, the 6’2, 220-pound left winger from Syracuse, New York, was dominant, putting up six goals and seven assists in six games.

“It’s exciting to acquire the rights to an elite player like Luke,” Rychel said. “It’s our intention to focus on getting him signed in the coming weeks and making him a member of the Windsor Spitfires.” 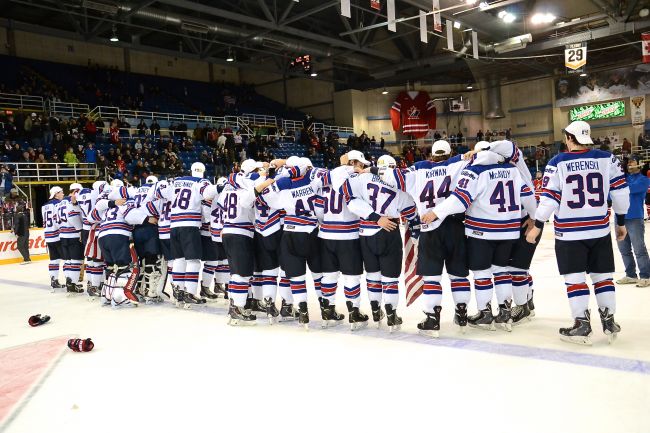