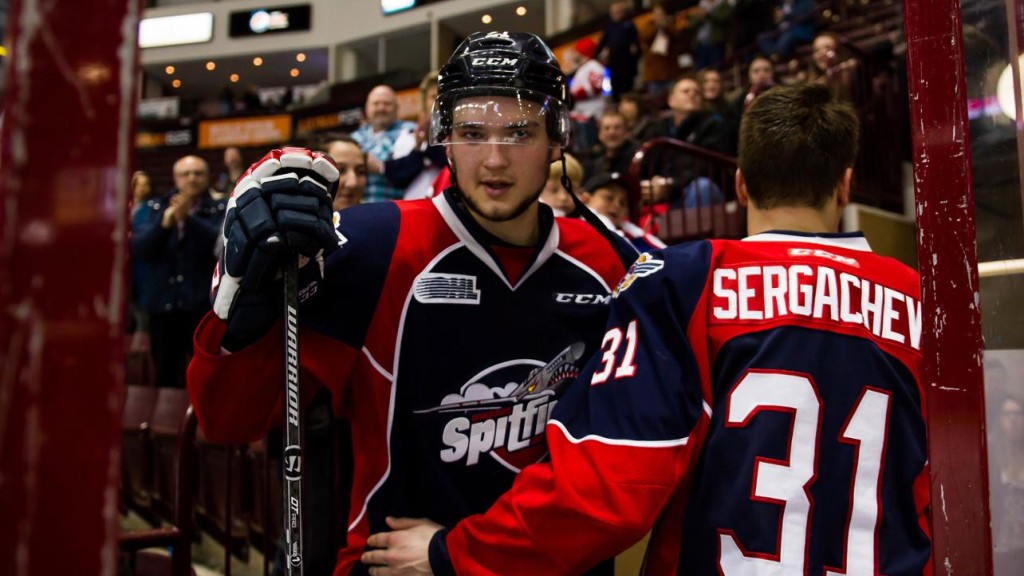 (Windsor, ON) – Logan Brown has been named the Ontario Hockey League’s Player of the Week for the period ended Sunday, February 28th.

Brown, who turns 18 later this week, scored four times and added three assists along with a +2 rating as the Spitfires improved to 36-18-6-0 with wins over Barrie, Flint and Sault Ste Marie – where the second-year centre score three times, including the game winner in the third period of a 4-3 victory Sunday afternoon.

“We had all four lines going this weekend after a little slump,” Brown said. “Obviously my linemates (Christian Fischer and Brendan Lemieux) have a lot to do with the points I put up this week. It’s nice to be recognized like this, but the most important thing here is that we got back on track and that we’re playing our best hockey at an important time of the season, heading into the playoffs.”

The #14-ranked North American skater in NHL Central Scouting’s latest list of eligibles for June’s 2016 NHL Draft in Buffalo, the 6’6 centre is tied for the team lead in assists (46) with Fischer and ranks second in points with 62 (Fischer, 79). 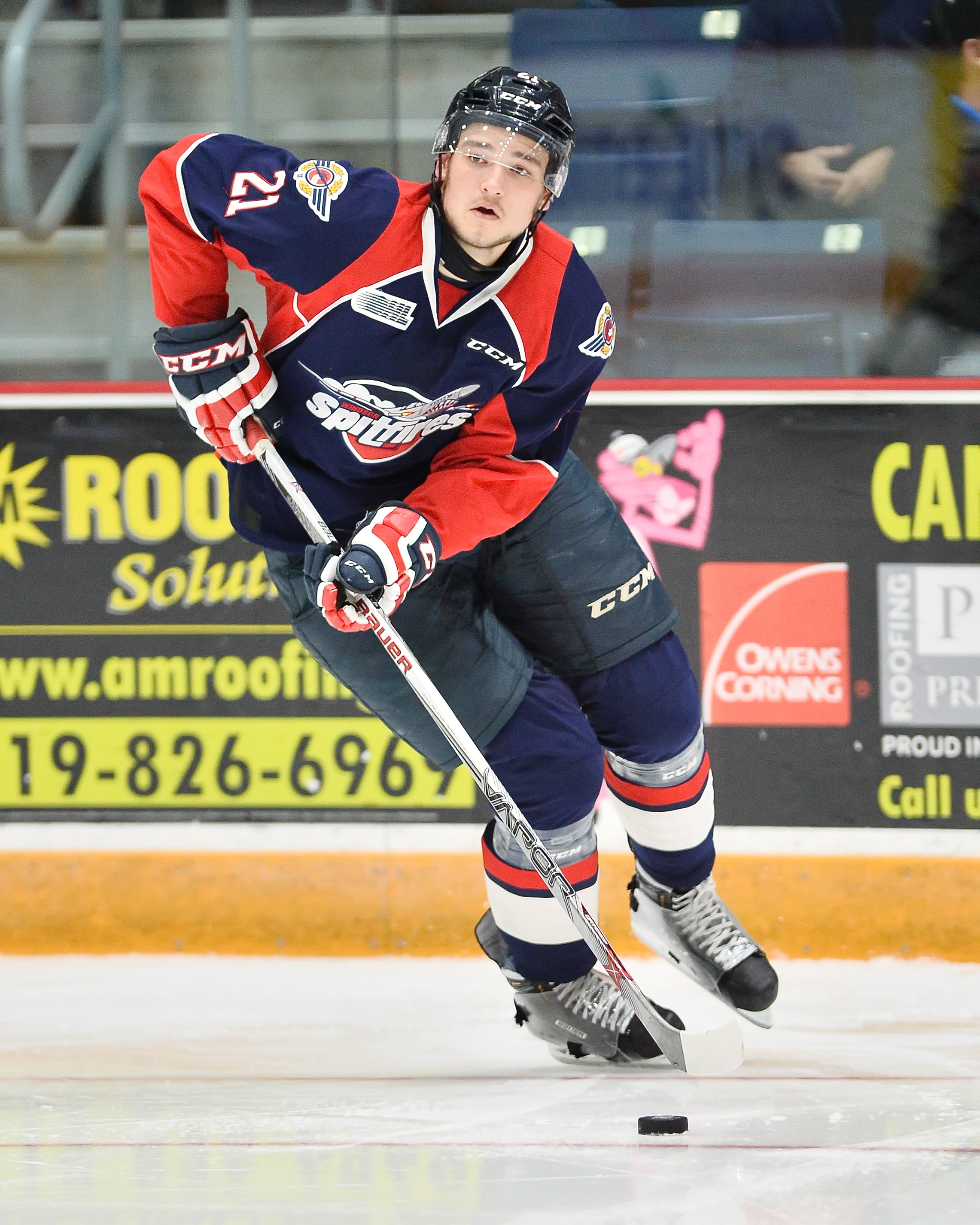