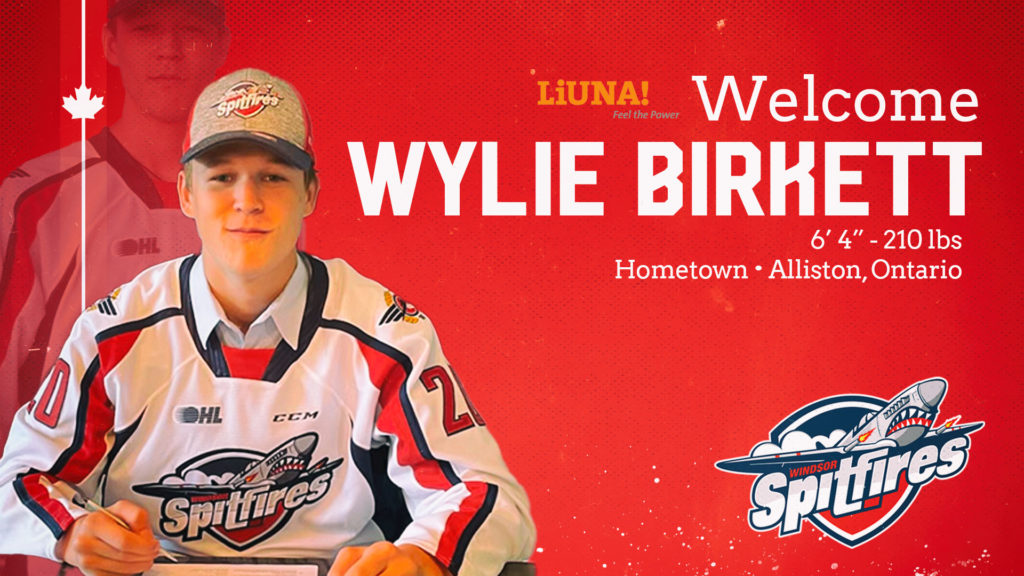 The Windsor Spitfires announced today that 2020 ninth round selection Wylie Birkett of Alliston, ON has signed an Ontario Hockey League standard player agreement with the Hockey Club and is set to suit up for the Red, White and Navy in the 2021-22 season.

Birkett is a 6 foot 4 and 210lbs winger. He was drafted with the 174th overall selection in the 2020 Ontario Hockey League Draft, and the Windsor Spitfires claimed the rights to a big and skilled forward in the 2004 born draft class.

The York Simcoe Express player had a standout 2019-20 season. Birkett collected 26 points in just thirty-four games and 10 points in nine playoff games. Birkett also showcased in a few games with the Windsor Spitfires affiliate Lasalle Vipers during the 8 game Super Series before it was cancelled.

“It feels awesome and it is an honour to sign and play for a great organization.” Birkett said. “I can’t wait to get started.”

“We are happy to have Wylie join the Windsor Spitfires organization. aid GM Bill Bowler. “It will be exciting to watch him develop because he has a tremendous upside.”

Windsor Spitfires Foundation at WIFF Under The Stars
5 days ago