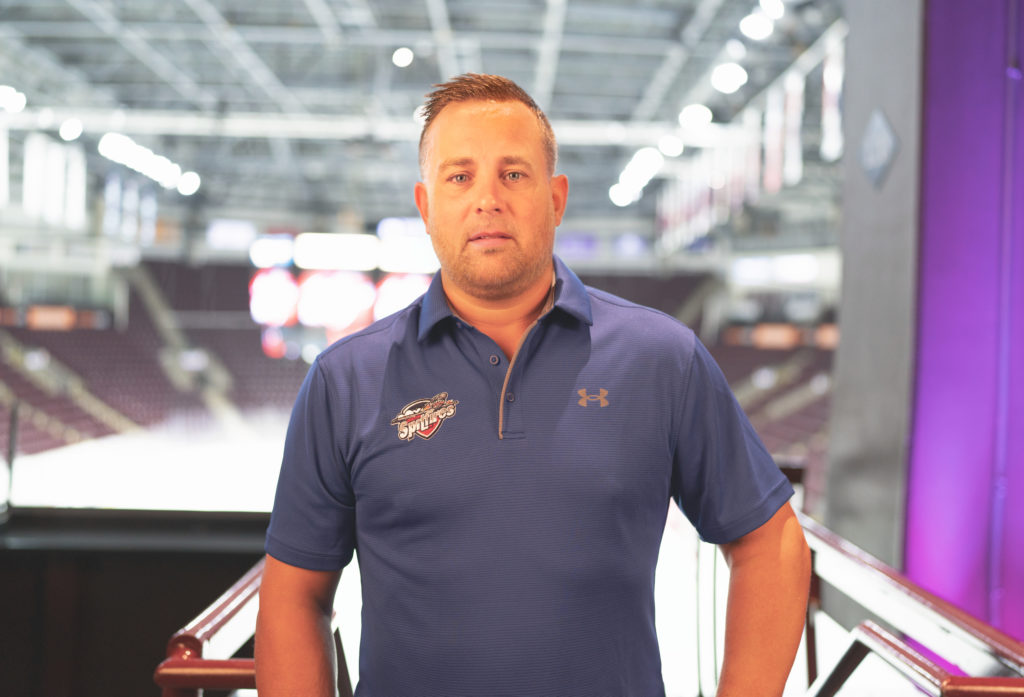 The Windsor Spitfires would like to welcome Marc Savard as the new Head Coach of the Hockey Club. Savard is a native of Peterborough Ont., and played his junior career with the Oshawa Generals before being drafted 91st overall in the 1995 NHL entry draft by the New York Rangers. Savard is a two-time winner of the Eddie Powers Memorial Trophy for the OHL’s top scorer and an OHL champion. Savard is also the leader in all-time points for the Oshawa Generals. Savard played 14 seasons in the NHL and amassed over 800 games and over 700 points with four teams. Savard has won one Stanley cup with the Boston Bruins in 2011 and was a two-time NHL all-star. Savard has served one season as the assistant coach of the St. Louis Blues in the NHL during the 2019-2020 season.

Savard is one of the founders of Project 91 which is dedicated to raising concussion awareness and to provide funding to support concussion research. Marc is an avid golfer and in his spare time enjoys boating and wake surfing. Marc and his wife Valerie have four children Zach 21, Isabella 19, Tyler 18, & Elle 7.

“It feels amazing, I have been waiting for this opportunity. The process has been first class all the way with Bill and Ownership.” Stated Marc. “I want to be a head coach and earn my craft. I want to be here for a while and learn a lot. I can’t wait to get started.”

Joining Marc Savard on the bench will be current associate coach Jerrod Smith who has spent the last ten years with the club. Smith played one season in the OHL with the Toronto St. Michael Major’s in the 2001-2002 season, he has also played in the OPJHL and overseas. Smith will be promoted to Director of Player Personnel and will continue his role as Associate Coach. Smith started as the team’s video coach for the 2011-12 season and served two years in that position before being promoted to assistant coach. Smith held the assistant coach position for five seasons (2013-2018) before being promoted to associate coach.

Also joining Savard and Smith on the bench will be the new assistant coach Andy Delmore who comes to the team from the Toledo Walleye. Andy who is from Lasalle, Ont., capped 283 games in the National Hockey League as well as making stops in the American Hockey League and overseas. A 6’0″ defenceman, Delmore played junior hockey for the North Bay Centennials and later for the Sarnia Sting of the Ontario Hockey League (OHL). He went undrafted in 1997 and signed as a free agent with the Philadelphia Flyers, making his NHL debut during the 1998–99 season. Delmore retired from pro hockey in 2013 and quickly transitioned into a coaching role with the Sarnia Sting which he held for two years. Andy then moved into an assistant coaching role the University of Windsor Mens Lancers in 2015 for a season before moving to the ECHL. Delmore has been with the Toledo Walleye of the ECHL for the last four seasons, two as assistant coach and two as associate head coach. Delmore was inducted into the Windsor-Essex County Sports Hall of Fame in 2018.

Behind the scenes supporting staff will include longtime Goalie Coach Perry Wilson will add another year with the Spitfires goaltenders. Kathy McLlwain will serve her third year with the team as the Skating Coach. And Brian O’Reilly will also serve his third year as the team’s Culture/High Performance Coach. The Spitfires season kicks off on October 7th as Sarnia comes to town for a 7:30pm puck drop.