MENU
Get the latest 75th Anniversary Gear at Spitsgear.com
December 1, 2021 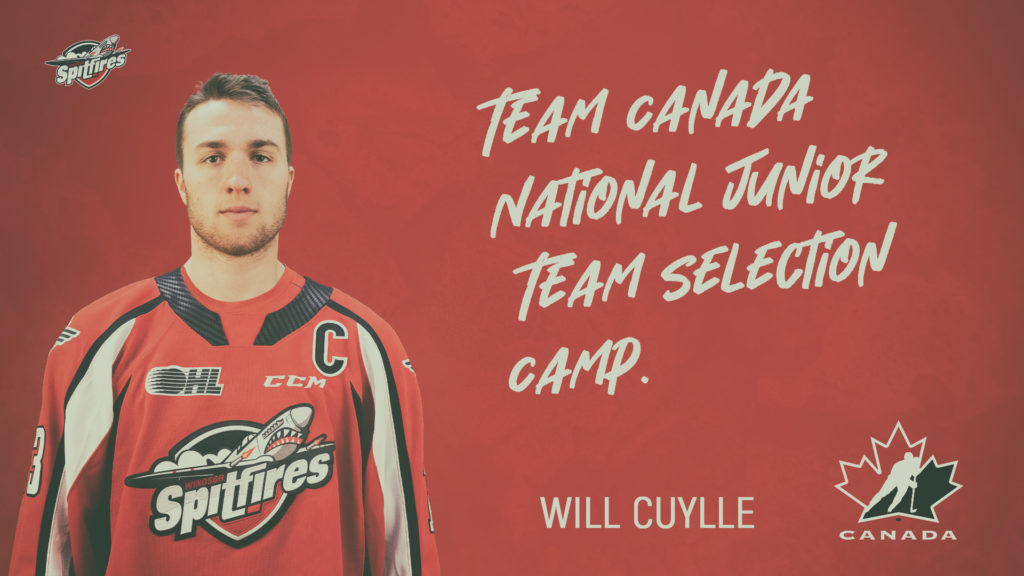 The Windsor Spitfires around proud to recognize Captain Will Cuylle who has been named to the Team Canada National Junior Team Camp Roster.

Will recorded 41 points in his rookie campaign with the Spitfires and followed at up 42 points in his sophomore season. After Cuylle’s 2nd season he was drafted in the 2nd round 60th overall by the New York Rangers.

On October 14th 2021, Will Cuylle was named the Captain of the Windsor Spitfires.

Congrats on this honour Will!