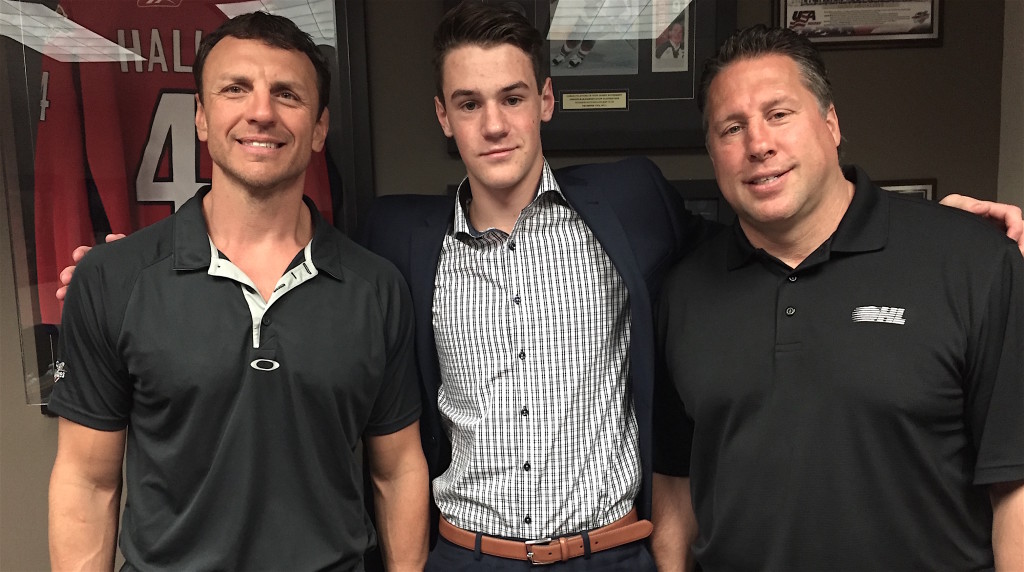 (Windsor, ON) – General Manager Warren Rychel is pleased to announce the club has agreed to a Standard OHL Player and Education Package with Connor Corcoran.

Taken with the first pick of the 2nd Round (21st overall) in the 2016 OHL Priority Selection, Corcoran, 15, is a 6’0, 168-pound defenceman that spent the 2015-16 season with the Barrie Junior Colts Midget program. After starting the season as a forward, Corcoran moved back to to the blueline, posting four goals and eight assists in 32 games.

“It’s hard to find a right defenceman that has his qualities,” Rychel said. “We’re excited about him. He’s a good two-way player with a high compete level and a good mind for the game.”

Corcoran says he’s focused on working hard to get ready for his first OHL training camp.

“It’s an honour to be here in Windsor,” Corcoran said. “It’s a great organization and community. It’s going to be a very big year, especially with the Memorial Cup. I’m hoping I can crack a roster spot and contribute to the team’s success.”