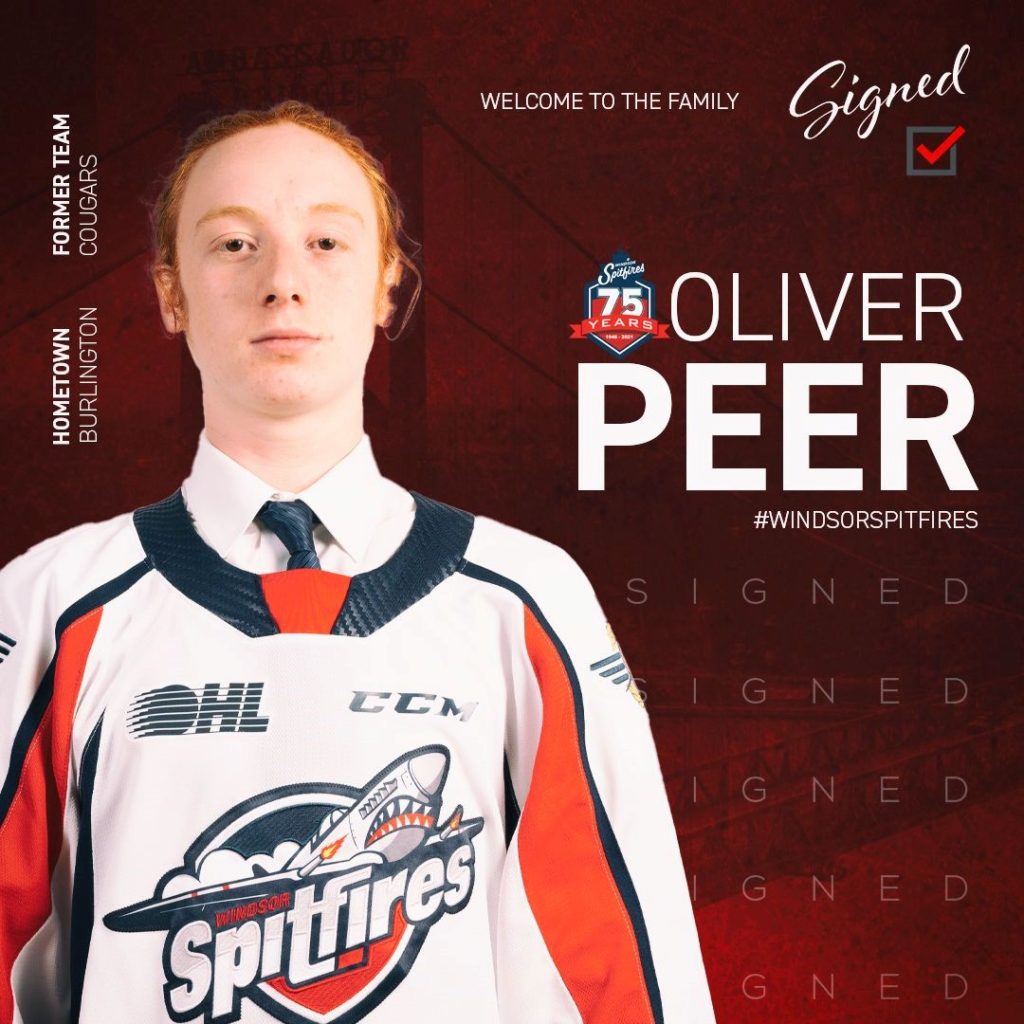 The Windsor Spitfires are excited to announce we have signed undrafted free agent Oliver Peer to an OHL Standard Agreement. The 2003 born forward from Burlington, Ontario had a great training camp and impressed the staff.

Peer played for the Burlington Eagles U16AAA team during the 2018-2019 season recording 18 points in 27 games played. During the 2019-2020 season Peer played with the Toronto Jr. Canadiens U18AAA team and appeared in 31 games while recording 22 points.

“I am very excited, and it is something that has taken me by surprise a little bit.” Peer said. “I am ready to move forward with this chapter in my life and hockey career.”

Peer made it to the annual Blue and White game and recorded a couple points and said training camp definitely helped him get to this point.

“I felt good in camp and performed well, and it was a comfortable environment and I was able to play my own style.” Peer said. “Going into camp as an undrafted free agent meant I had to prove myself and I was able to do that and I showed the staff what I could do.”

“Oliver plays with pace and has the ability to make plays.” Said GM Bill Bowler. “We knew a bit about him before camp and he played well against other OHL players and made it an easy decision to sign him.” 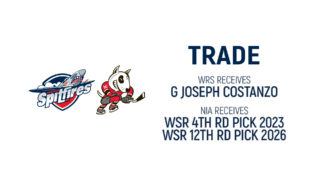 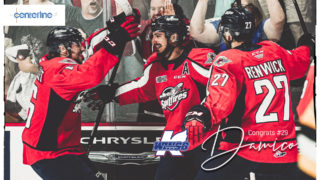 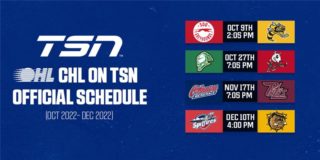 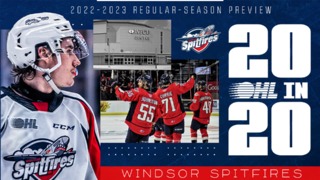 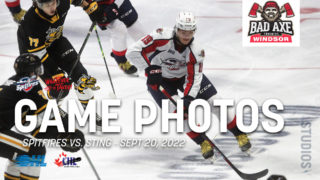 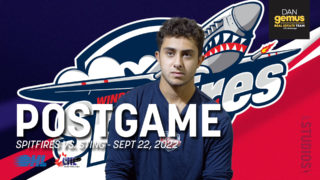