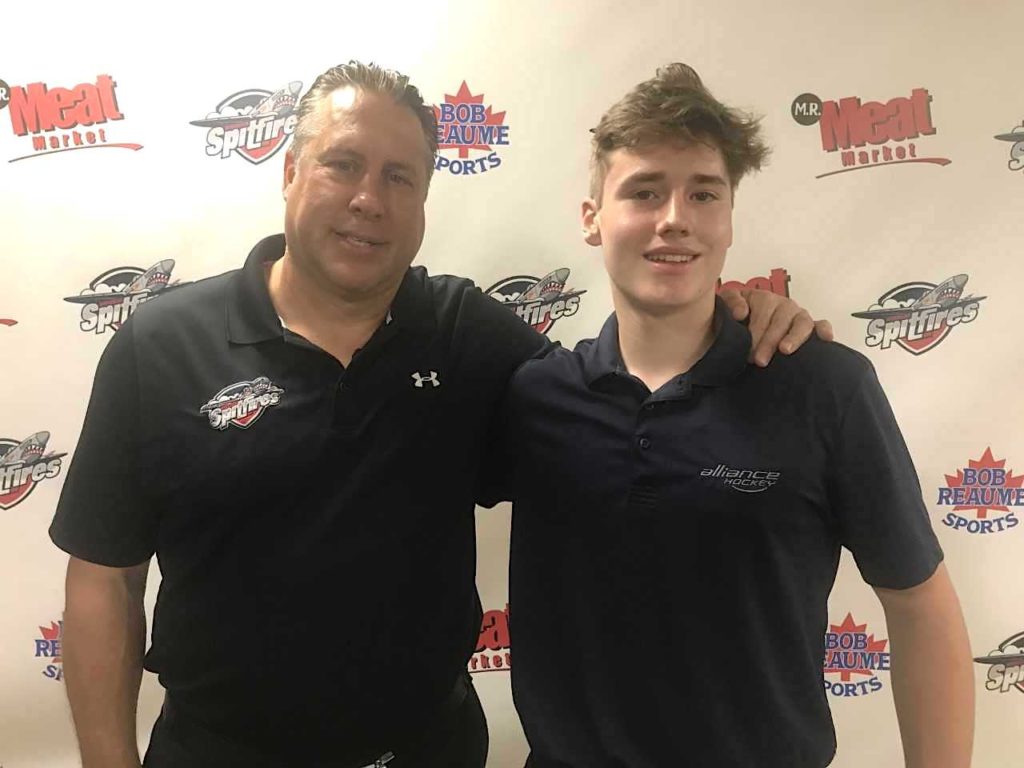 (Windsor, ON) – The 2019-20 edition of the Spitfires continues to take shape with the addition of right winger Matthew Maggio from the Ottawa 67’s.

In exchange, general manager Warren Rychel sent a pair of second-round picks (Kingston’s in 2022 and Kitchener’s in 2023) – back to the nation’s capital.

Originally a fifth-round pick (#86 overall) in the 2018 Ontario Hockey League Priority Selection, the 5’10, 170-pound Tecumseh native split last season between the 67’s and the Kanata Lasers of the CCHL, posting 11 goals and seven assists in 57 games played.

Maggio, 16, also represented Canada at the World Under-17 Hockey Challenge in New Brunswick, recording a goal and three assists in six games played.

“Matthew is a very good skater and heavy on the forecheck, something we need to instill in our lineup,” Rychel said. “He really caught our eye at the U-17s in New Brunswick, where he was Player of the Game twice. It’s been evident to me that we needed a kid like this, especially a local kid, with ties to the area”