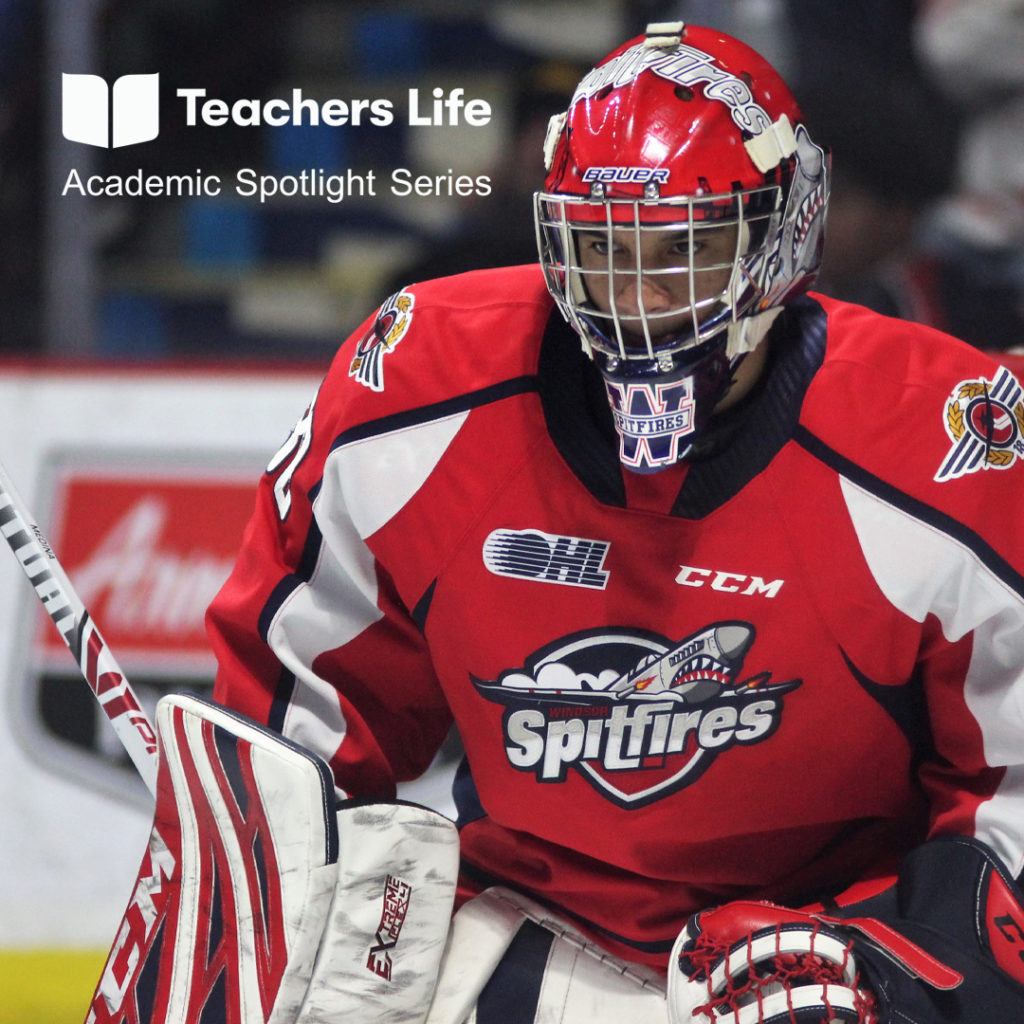 Xavier Medina, the 18-year-old goalie from Detroit, Michigan USA, was picked in the 3rd round of the 2018 OHL draft. He was drafted when he was playing for the Detroit Honeybaked team. During the 2018-19 season Xavier played for the Oakland Jr. Grizzlies before his rookie OHL season in 2019-2020. Xavier finished his rookie campaign with a 3.46 GAA and a 88.6 save percentage in 37 games played.

Medina achieved honour roll in the 8th grade and has since consistently done well in his academics. Xavier attends St. Anne’s catholic high school which is located in Lakeshore. Throughout high school, Medina has consistently achieved 80s in some of his favourite courses like English, science, and math. Attending the same school as his teammates has led to getting to know his teammates better and helping each other out with their academics. Medina was voted best smile in his class and has a knack for helping others and putting a smile on their face.

Xavier Medina would like to recognize his tutor Nancy Ulicny and his teacher Mrs. Taylor for helping him with his academic progress so far.

Throughout the Teachers Life Academic Spotlight series, we will continue to share our student-athletes academic successes and achievements.

“Teachers Life are proud sponsors of the OHL’s Academic Spotlight Program,” says Doug Baker, President and CEO of Teachers Life. “The dedication of the OHL’s student-athletes to their education mirrors Teachers Life’s commitment to students and educators across the province. By celebrating these athletes, they become role models to kids in their communities through their dedication to academic excellence, integrity and curiosity.”

About the Ontario Hockey League