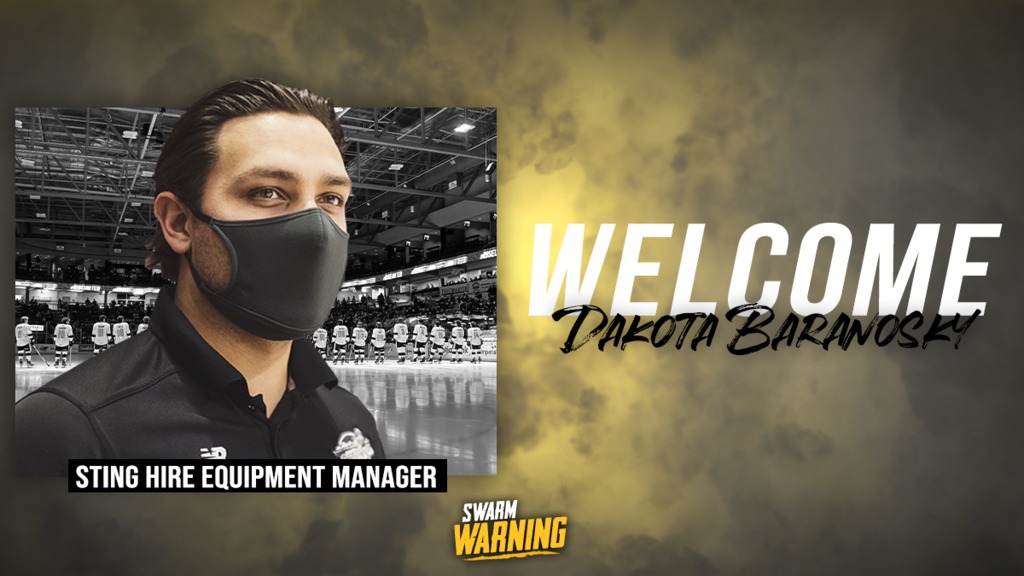 The Sarnia Sting are proud to announce the hiring of Dakota Baranosky as the Hockey Club’s new Head Equipment Manager.

Baranosky joins the Sting after serving as the Assistant Equipment Manager of the Windsor Spitfires for three years, a tenure that included a Western Conference Championship this past season.

“I’ve been waiting for an opportunity like this and feel Sarnia has so much to offer. I’m so happy to join the team and am very excited for what’s ahead.” comments Baranosky on joining the Sting.

On the addition of Baranosky to the Hockey Club, General Manager Dylan Seca adds:

“Dakota checks all the boxes with respect to our core values. He’s a tireless worker, has been a part of a successful program, and knows what it takes to get the players prepared. We’re thrilled to bring in a person of his quality.”

The Sting look forward to opening Training Camp in late August as part of preparations for the 2022-23 OHL season, set to start on Friday, September 30th when the Sting head to the Kitchener Memorial Auditorium to take on the Rangers at 7:30pm. The Hockey Club’s home opener is scheduled one week later when the Saginaw Spirit will take on the Sting at 7:05pm on Friday, October 7th.