Sting Hold on for 3-2 Win over Spitfires 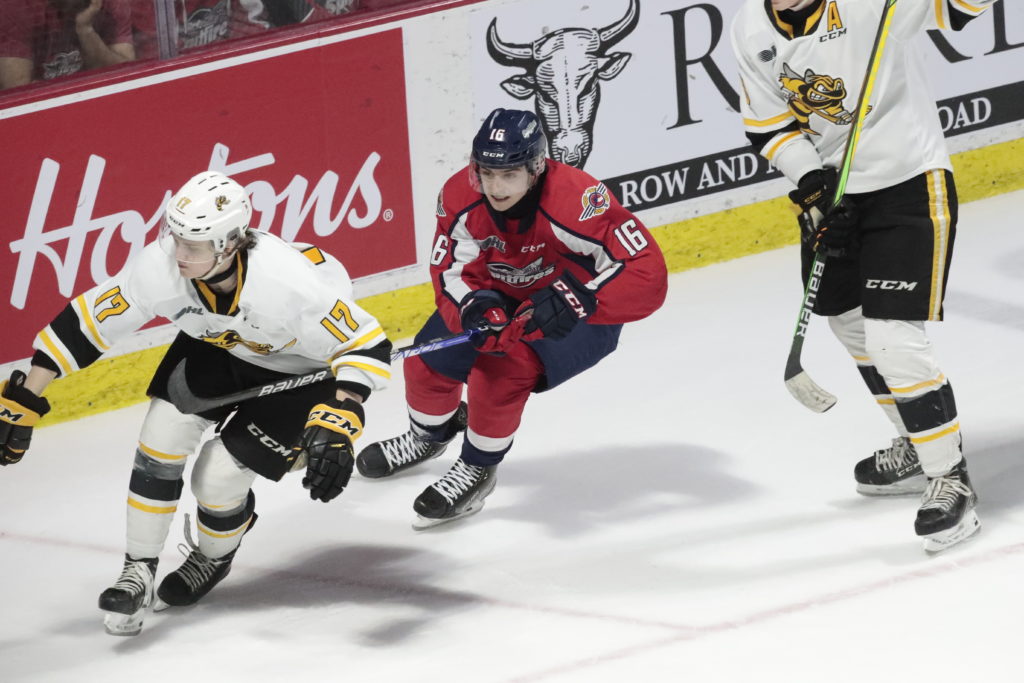 The Spitfires fell short in Sarnia on Friday evening by a score of 3-2.

In the second period, the Sting’s newest member Pastujov would score his first as a Sting just 40 seconds into the period to give them a 2-0 lead. The Spitfires would respond just over 10 minutes later on the powerplay. Peer got the puck to the front of the net to Christopoulos and he tried to tuck it around the pad of Gaudreau but the puck rolled off his stick to Miedema back door who buried his 5th of the season to make it a 2-1 game. The Spitfires would have a late powerplay but failed to capitalize.

In the third period, the Sting would score 4:48 in to take a 3-1 lead. Just four minutes later, the Spitfires would make it a one goal lead again. The Sting turned the puck over in their zone and Miedema found Christopoulos who scored his team leading 13th on the season. The Spitfires made a late push but couldn’t find the back of net and fell 3-2.

The Spitfires are back in action on Sunday in Kitchener. Puck drop is scheduled for 6:00pm.