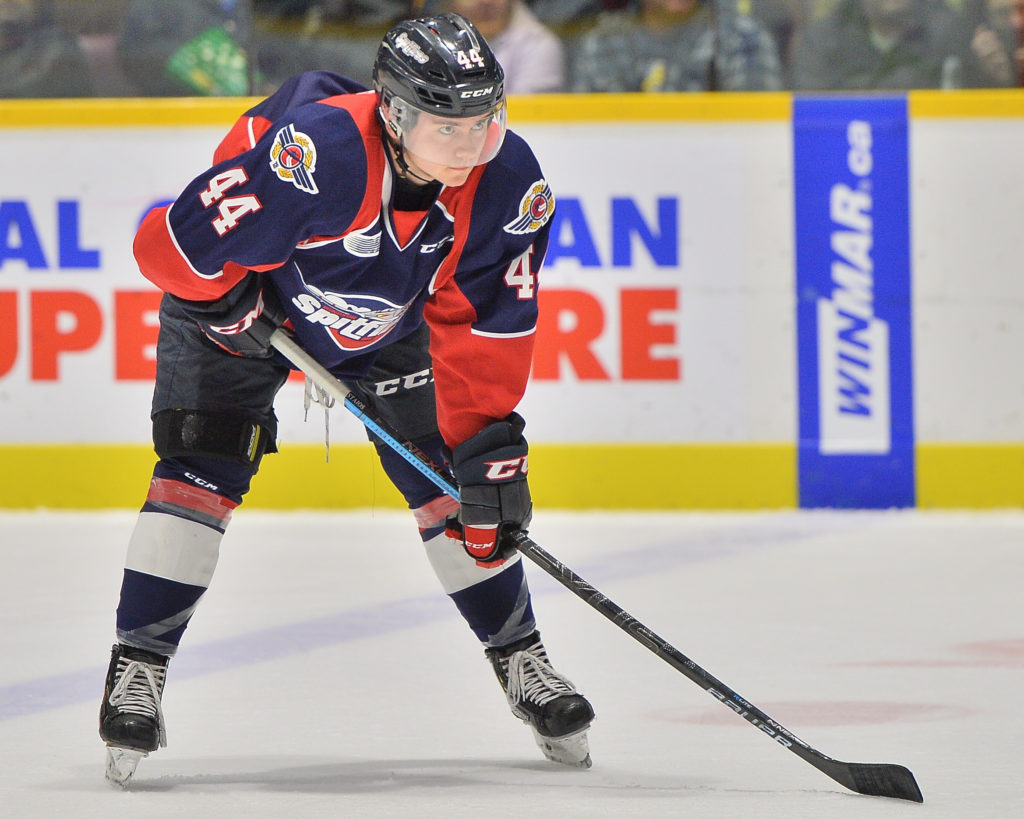 (Windsor, ON) – Defenceman Nathan Staios has been traded to the Hamilton Bulldogs, general manager Bill Bowler has announced.

Staios, 18, was originally the 17th overall pick in the 2017 Ontario Hockey League Priority Selection. In two full seasons, Staios played in 118 regular season games, posting 12 goals and 29 assists, along with 94 penalty minutes and a minus-25 rating.

“It’s difficult to trade Nathan because I believe he will ultimately sign a National Hockey League contract one day,” Bowler said. “Having said that, we feel like the return was fair and it made sense to make the move. Nathan is a great young man and we wish him all the best.”