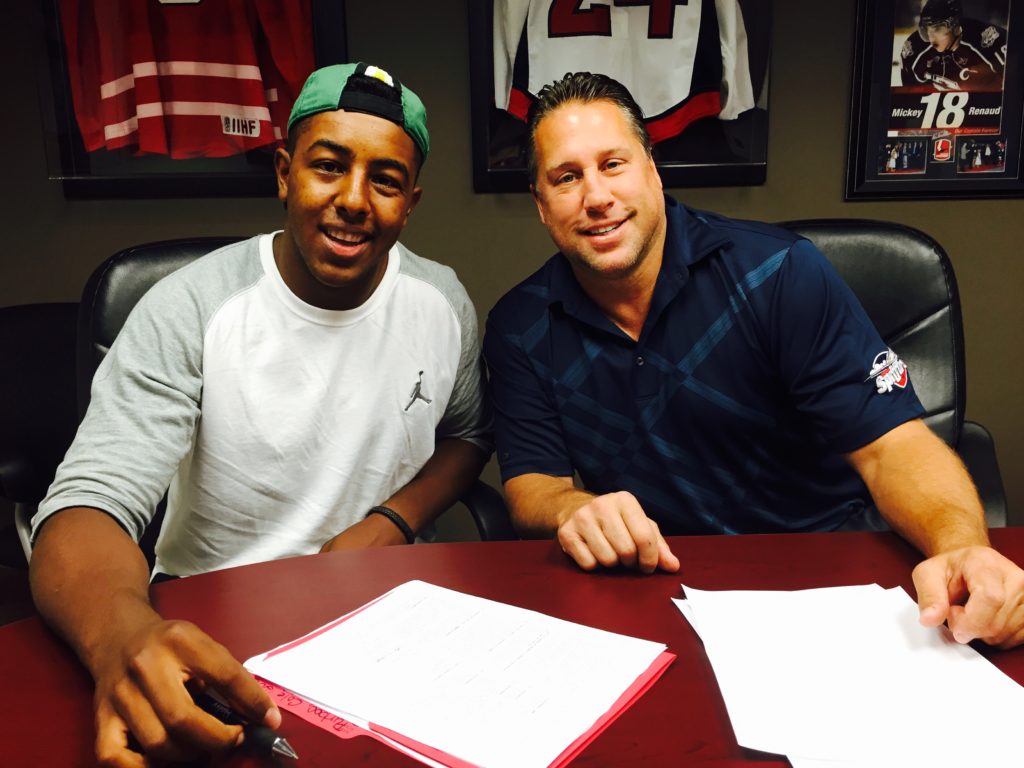 (Windsor, ON) – General Manager Warren Rychel is pleased to announce the club and forward Cole Purboo have agreed to a standard OHL player agreement and education package.

At 6’3 and 215 pounds, the Oakville, Ontario native provides size and mobility on the wing.

“Cole is a kid who made a very good impression last year at mini-camp,” Rychel said. “He really matured on and off the ice last season. He’s got a lot of potential as physical force who can make plays in our league.”

Purboo, 17, is a product of the Mississauga Rebels AAA program and spent the 2015-16 season with the Toronto Patriots of the OJHL, posting five goals and six assists in 54 games played.

He will accompany the team to Flint for our first road exhibition game on Friday night.