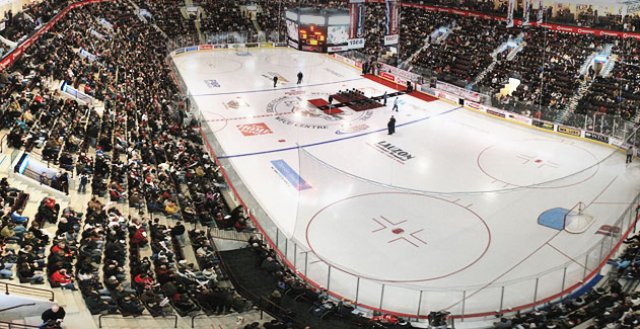 The 2010-2011 season opens Thursday night, as the Windsor Spitfires take on the Plymouth Whalers at the WFCU Center.

But before the focus switches to this year, fans will have an opportunity to look back at the historic 2009-2010 team.

A packed house will salute its two-time Memorial Cup champions, a team that now defines a new era of hockey in Windsor. A true dynasty that put together, arguably, the most dominant two years in junior hockey history.

“We’re certainly very proud of what we’ve accomplished. But now is not really the time to rest. We’ve become accustomed to winning. And you still want to be the team that backs people off,” General Manager Warren Rychel told windsorspitfires.com.

With great achievements, come great expectations. Although the likes of Taylor Hall, Adam Henrique, Greg Nemisz and captain Harry Young have moved on, the Spitfires have 10 players returning from last year’s club. And that has Rychel and first-year head coach Bob Jones feeling optimistic.

“I can tell you what we have in our dressing room right now. We have a bunch of young players (mixed with some older players) that have worked extremely hard through training camp. They’re starting to pick up on our systems. I’m excited and anxious for these guys. And if they bring the same energy and enthusiasm that they showed in exhibition play, we’ll be fine,” Jones said today.

In the opener, that young group will face a stiff challenge against an old foe and one of the many teams the Spitfires dispatched along the road to last year’s title. Much like the Spits, the Whalers are a team seeking a new identity without their top player from a year ago. Tyler Seguin, the number two pick in last summer’s NHL entry draft – behind Windsor’s Taylor Hall – is currently attending training camp with the Boston Bruins.

Goalie Jack Campbell is on his way back to Windsor and will suit up for the Spits in Thursday’s home opener. That leaves Zack Kassian (Buffalo), Ryan Ellis (Nashville), Cam Fowler (Anaheim), Stephen Johnston (Detroit) and Kenny Ryan (Toronto) as the five returning players currently at NHL training camps.

Teams across the OHL are certainly hoping Seguin makes the Bruins out of training camp. If he doesn’t, he’ll return to the Whalers. And that would spell bad news for the Spits and the rest of the league. He’s coming off a 106-point season – a total that would surely rise if he played another season of junior hockey … Windsor and Plymouth met twice in exhibition play. The teams played to a 2-2 tie in Chelsea, Michigan on September, 4th and, two days later, the Spitfires beat the Whalers 6-2 at the WFCU Centre … rookie Alexander Khokhlachev led the Spitfires in pre-season scoring with 4 goals and 9 assists in just 5 games … Windsor faced Plymouth in its season opening game last season at the WFCU Centre and lost 6-5 in a shootout….Windsor won last year’s regular season series between the teams, taking 4 of 7 games…The Spitfires have eliminated the Whalers in the second round of the playoffs each of the past two seasons, winning in six games in 2009 and four games last season … The Spitfires and Whalers have a combined 21 American players on their rosters – the Whalers have 11, the Spitfires, 10.

“Obviously we’re not as deep this year. We had NHL draft picks on our fourth line last year. But I really like a lot of our young kids. It’s exciting. There’s a lot of optimism. I think we’ll have an explosive team still. Not as explosive maybe as last year, so there will be a little more focus on defence.” – Spits GM Warren Rychel on his early view of the 2010-2011 team.

“Thursday is going to be a very proud night for the organization, the players and the coaches that have been here in the past. And for me personally, I’m very excited to step behind the bench for the first time as head coach of the Windsor Spitfires. I can’t wait for it to get going.” – Spits head coach Bob Jones on celebrations planned for the home opener and his debut behind the bench.

LiUNA!625 Before the Drop with Steve Bell.
4 hours ago 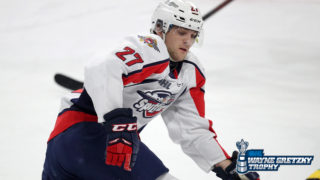 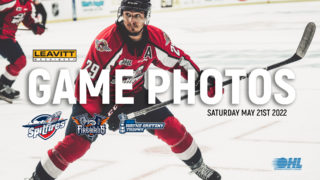 Game Photos presented by Leavitt Machinery. May 21, 2022
2 days ago 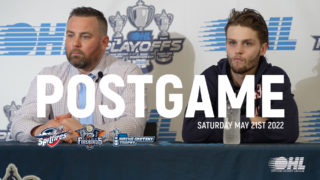 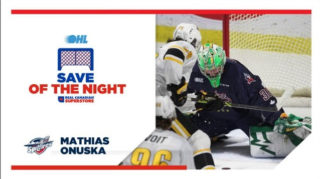