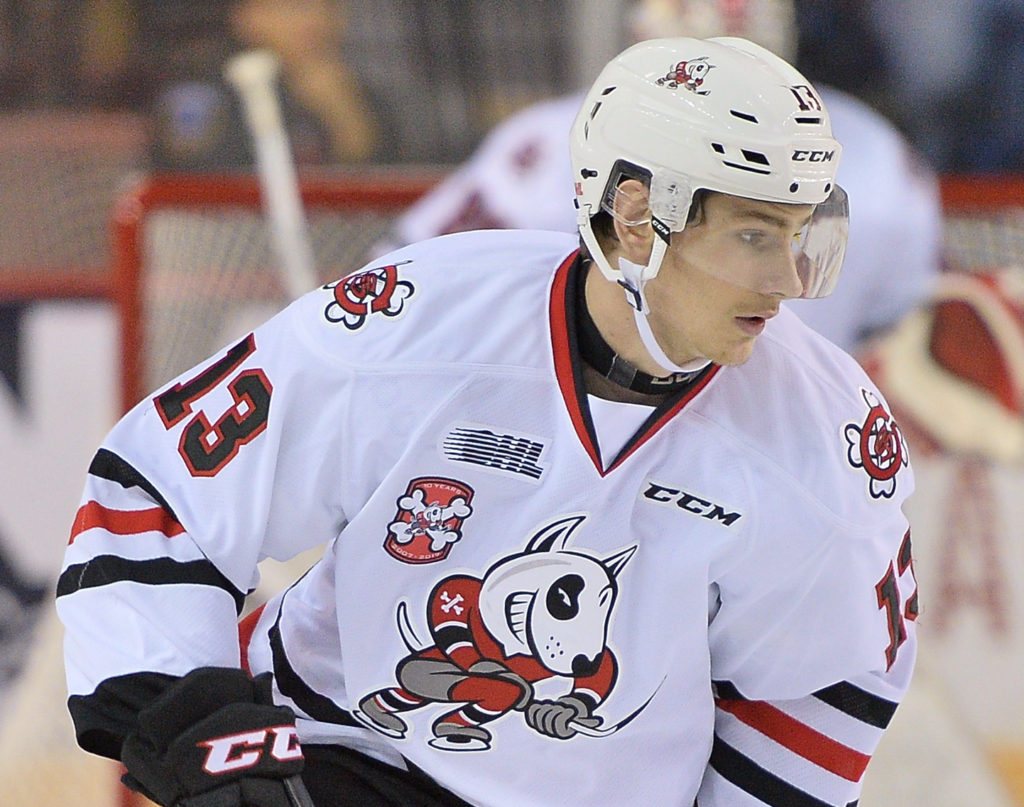 (Windsor, ON) – General Manager Warren Rychel has acquired Graham Knott and the rights to Trent Frederic from the Niagara IceDogs.

“Graham has size and skill and will be a great fit in our top-six forward group,” Rychel said. “He can play both center and left wing for us and will help what is already two pretty good power play units.”

“It’s every OHL player’s dream to win a Memorial Cup,” Knott said. “This is a great opportunity for me to come in and help make that happen for this team.”

A product of the US National Program, Frederic, 18, is a 6’2, 203-pound center currently in his first season at the University of Wisconsin, where he’s scored four goals to go along with six assists in his first eight games as a Badger.

Knott is expected to be in the Spitfire lineup Saturday afternoon in Flint.