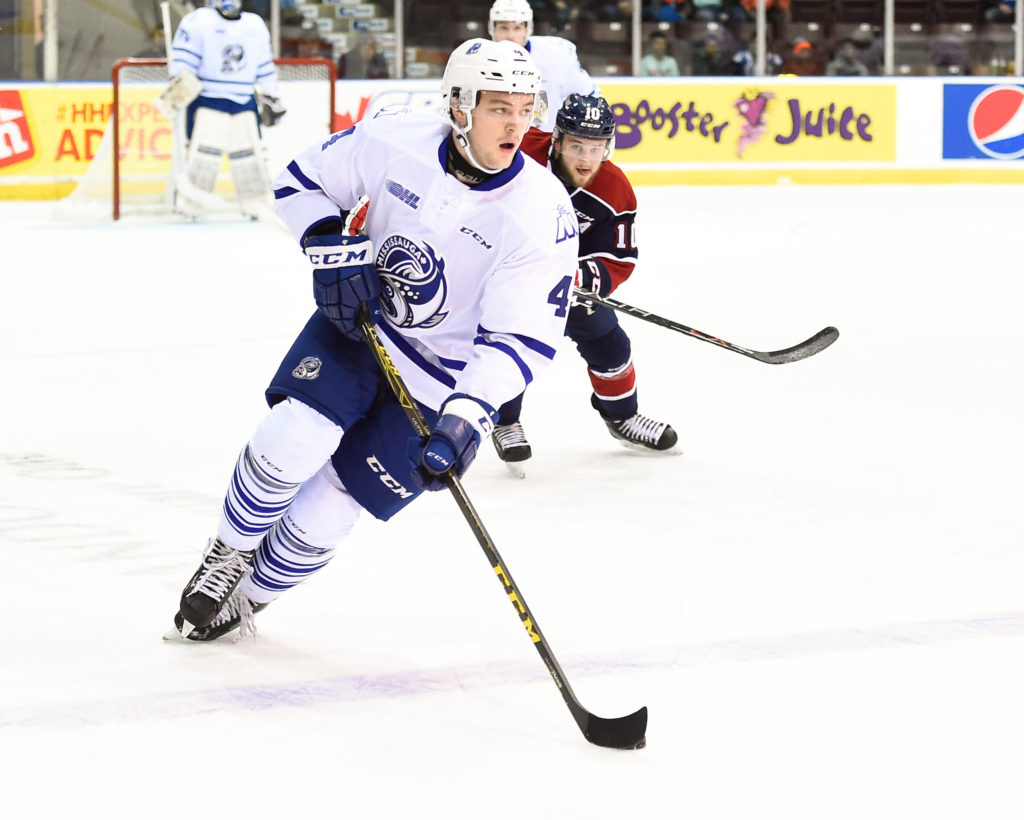 (Windsor, ON) – General Manager Warren Rychel is pleased to announce the Spitfires have acquired Sean Day from the Mississauga Steelheads in exchange for draft picks.

“We are very excited to add a player of Sean’s caliber to our team,” said Rychel. “He will strengthen what is already a pretty good defensive group. He’ll have the opportunity to compete for a Mastercard Memorial Cup while he looks to earn himself a contract with the Rangers. I think our coaching staff can help him reach new highs in his game.”

Just the fourth player to ever be granted exceptional status by the Ontario Hockey League (John Tavares, Aaron Ekblad and Connor McDavid), Day was Mississauga’s first round pick (#4 overall) in the 2013 OHL Priority Selection.

The New York Rangers made him their third round pick (#81 overall) at the 2016 NHL Entry Draft in Buffalo this past June.

In parts of four seasons with the Steelheads, Day appeared in 183 regular season games, posting 25 goals and 54 assists along with 127 penalty minutes. He also had a goal and three assists in 11 career playoff contests.

Day will be in the lineup when the Spits host the Kingston Frontenacs Thursday night (7:05).