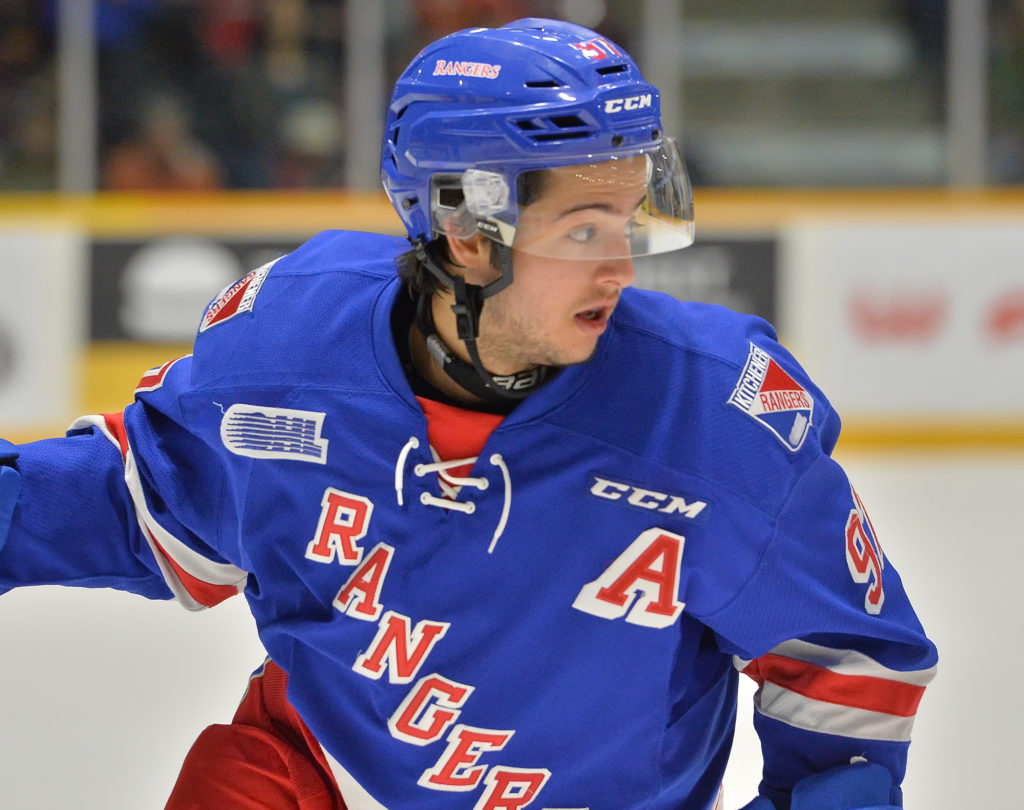 In exchange, the Spitfires have sent right winger Cole Carter and defenceman Andrew Burns along with Windsor’s 2nd round picks in 2023, 2024 and 2025 to the Rangers.

A member of Team USA’s gold medal winning team at the recent 2017 World Junior Hockey Championship, Bracco, 19, was a 2nd round pick of the Toronto Maple Leafs (#61 overall) in 2015 after spending two seasons with the United States National Team Development Program.

“We’re very excited to add a world class player like Jeremy,” Rychel said. “He’s a proven scorer that will strengthen our top-six and our power play.”

In 76 games with Kitchener over the last two seasons, Bracco scored 38 goals and added 77 assists along with a +23 rating.