As training camp continues at the WFCU Centre, the Spitfires have called a news conference for 3PM to announce the acquisition of defenceman Adam Bateman.

Listed at 5’10 and 180 pounds, Bateman was selected in the first round, 19th overall by Niagara in the 2011 OHL Priority Selection.

The Spitfires have called a 3PM news conference to introduce Bateman.

He will be on the ice later today as the first day of training camp continues.

Bateman possesses great feet and is a very smooth and efficient skater.  He also displays excellent mobility and quickness, which allows him to compensate and recover quickly and efficiently. Bateman also has a very good stick, displaying the ability to carry and move the puck with a high level of poise and composure. He consistently shows the ability to skate away from forecheckers and pressure. 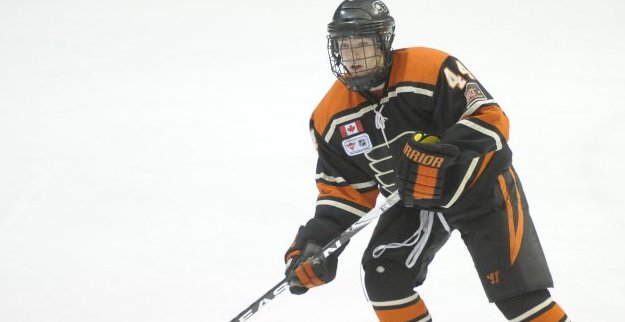