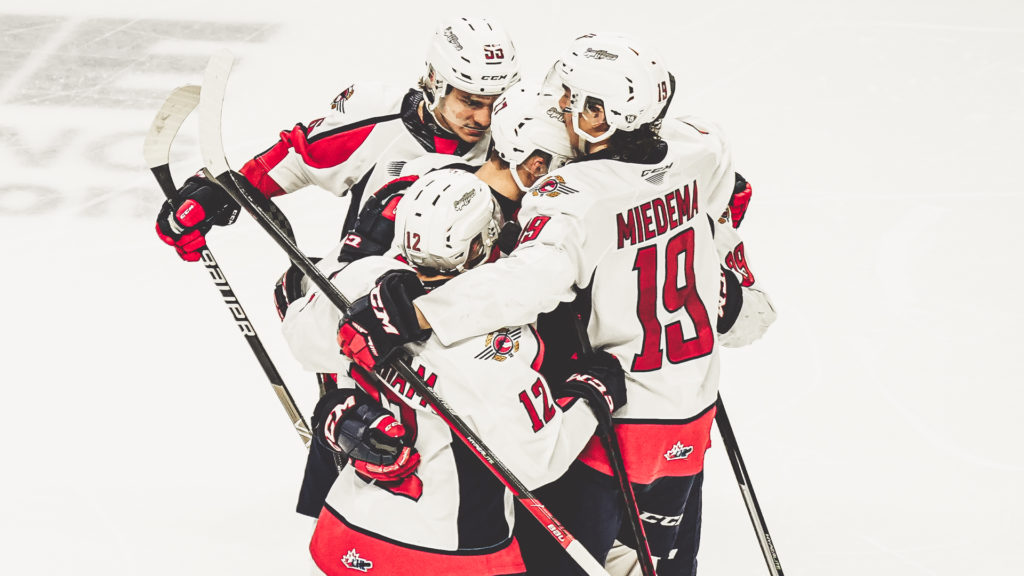 The Spitfires went down but stayed resilient throughout the game and converted on their chances for a big win in Kitchener.

In the first period, the Rangers got up to a 2-0 lead. The Spitfires looked a little sluggish in period one but fired 13 shots on Cajan while Kitchener had 9.

In the second period, the Spitfires came alive with 4 unanswered goals. Just over a minute in, Renwick sniped his 1st of the post-season from Johnston and D’Amico on the powerplay. 5 minutes later, there was a scramble in front of the Kitchener goal and Currie found the loose puck and scored the games tying goal. Miedema and Henault had the assists. Another 5 minutes later, as a Spitfires penalty expired Christopoulos got the puck off the offensive draw and backhanded the puck upstairs for a big goal to give the Spitfires a 3-2 lead. Just two and a half minutes later, Johnston scored his 7th of the postseason extended the Spits lead to 4-2 heading into the third.

In the third period, Kitchener scored to make it a 4-3 game. With just under 7 minutes left, it was Alex Christopoulos scoring his 2nd of the night to restore the two-goal lead. Johnston would add an empty-netter and the Spitfires would go on to win 6-3.

The Spitfires and Rangers are back in action for Game 5 on Saturday. Puck drop is scheduled for 7:05pm.