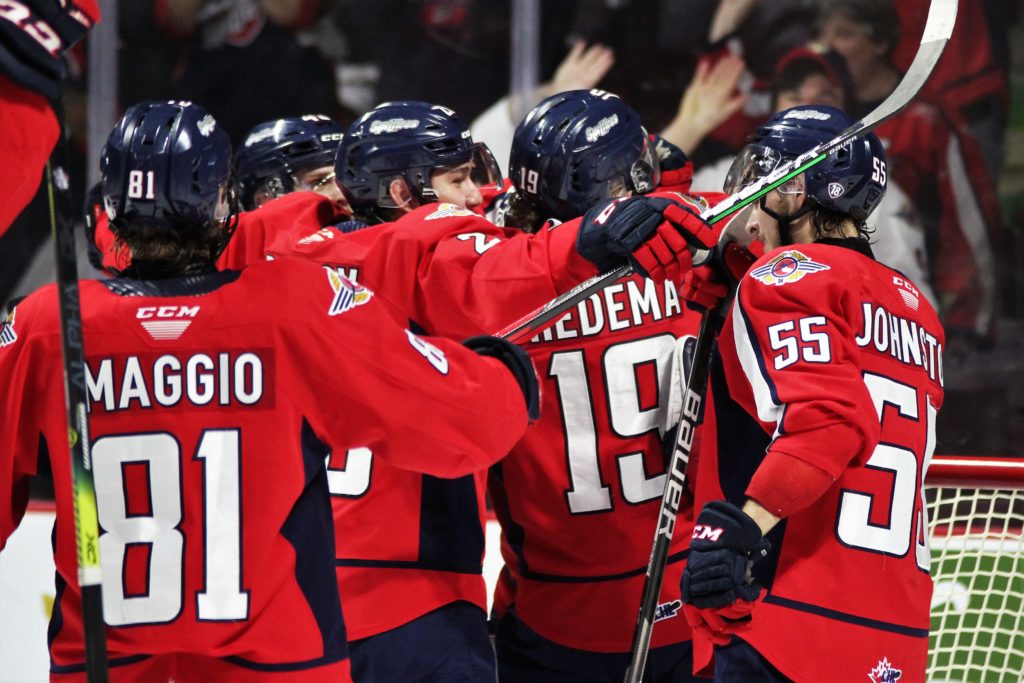 The Windsor Spitfires were willed on by a thrilling crowd and came out with a huge 5-2 win in Game 6 to force a 7th and deciding game.

In the first period, the Spitfires got into a bit of penalty trouble but it didn’t matter, D’Amico went in on a shorthanded breakaway and made no mistake putting the Spits up 1-0 just 7:27 into the game. With under 5 minutes to play in the period, the Bulldogs would score to tie it up at one heading into the intermission. The Bulldogs led in shots 6-5 after 20 minutes.

In the second period, the Bulldogs would take the lead halfway through the period. In the final 2 minutes of the period, the Spitfires would find life and score twice in a matter of 47 seconds. First it was Daniel D’Amico cashing in on his 2nd of the night on a beauty passing play with Peer and Maillet. Then off a offensive zone draw, Johnston got it to Cuylle who passed back to Renwick, his shot from the point found the back of the net through a screen. The Bulldogs would lead in shots 19-18 after 2 periods.

In the third period, the Spitfires started on the powerplay after a rough ending to period 2. On the powerplay, Captain Cuylle would deflect the puck into the net just 46 seconds into the period and give the Spits a 2-goal cushion. Maggio and Johnston had assists on the goal. Late in the period, Zito would steal the puck off the Hamilton defender and sake all the way down the ice and snipe a beautiful goal to make it a 5-2 game and seal the deal.

The Spitfires are in Hamilton on Wednesday for Game 7 with puck drop at 7:00pm.