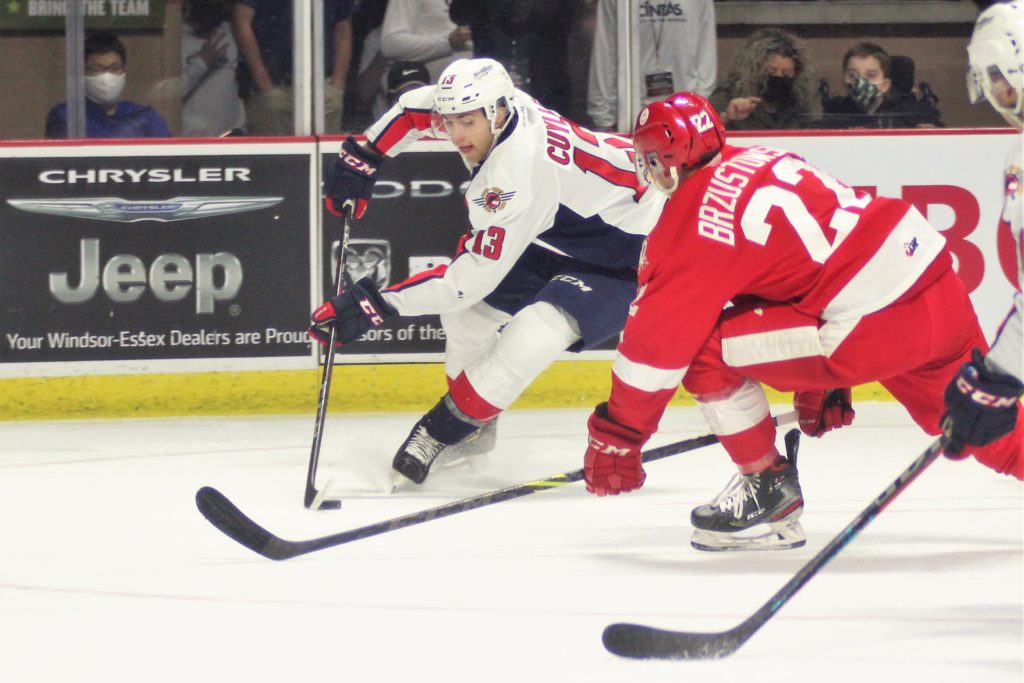 The Spitfires came into the Soo and stole a valuable four points over two games with a big 10-4 victory Sunday afternoon.

In the first period, the Spitfires had a penalty just 30 seconds into the game and the Soo quickly capitalized on the powerplay scoring 55 seconds into the game. Just after the Soo scored the Spitfires were back in the box but were able to kill it off. Just over 5 minutes later Wyatt Johnston scored his 20th on the season with Cuylle and Maggio getting the assists. Only a minute and forty seconds later the Spitfires were on the powerplay and took the lead. Cuylle buried it on the back door for his 20th on the season and both Johnston and Maggio with the assists. Just over two minutes later the Greyhounds tied it off a deflection in the slot to tie the game at 2. Just over four minutes later the scoring continued. The 4th line of the Spitfires scored with Baisov sliding it over to Jodoin who buried it to put the Spitfires back up 3-2. Less than a minute later the Soo tied it at 3 and Medina took over in goal. The first period ended in a 3-3 tie and the Soo had the lead in shots 12-9.

In the 2nd period the Spitfires scored 3 unanswered goals from Renwick, Miedema and Abraham to take a commanding 6-3 lead heading into the third period.

The Spitfires are back in action on Thursday January 13th when the Guelph Storm come to town. Puck drop is scheduled for 7:30pm.