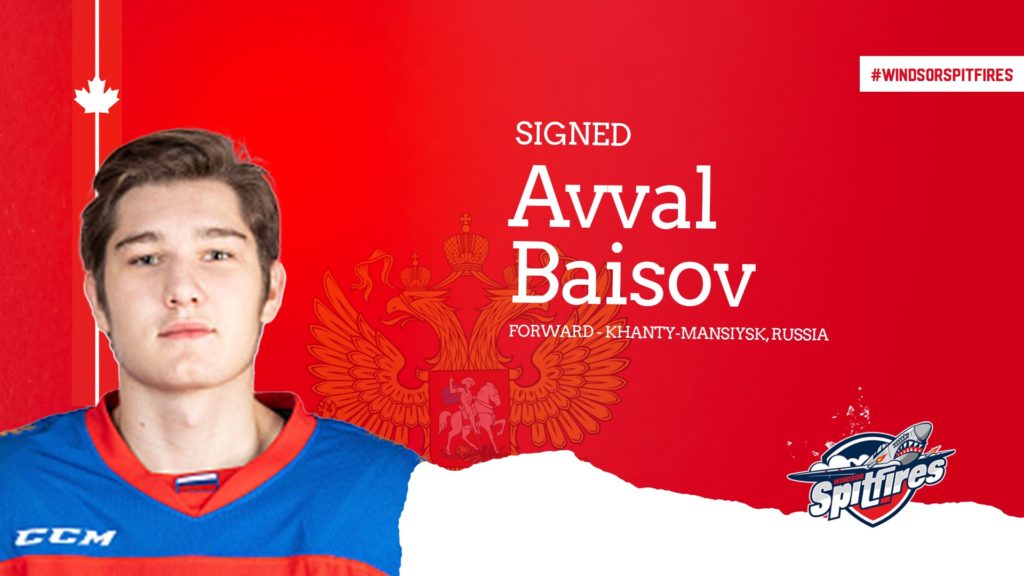 The Windsor Spitfires announced today that 2021 import draftee Avval Baisov (51st overall) has signed an Ontario Hockey League standard player agreement with the Hockey Club and is set to suit up for the Red, White and Navy in the 2021-22 season.

With the 51st overall selection in the 2021 Canadian Hockey League Import Draft, the Windsor Spitfires claimed the rights to a skilled forward in the 2004 born draft class.

The Yugra Khanty-Mansiysk player had a standout 2020-21 season. Baisov collected 31 points including 16 goals and 15 assists in eighteen games.

“It feels awesome and it is an honour to play for a great organization.” Baisov said.  “I am looking forward to working hard and meeting everyone at training camp.”

“We are happy to have Avval join the Windsor Spitfires organization. Said GM Bill Bowler. “Avval is a dynamic skilled forward with an edge to his game, we can’t wait to welcome Avval to Windsor.”