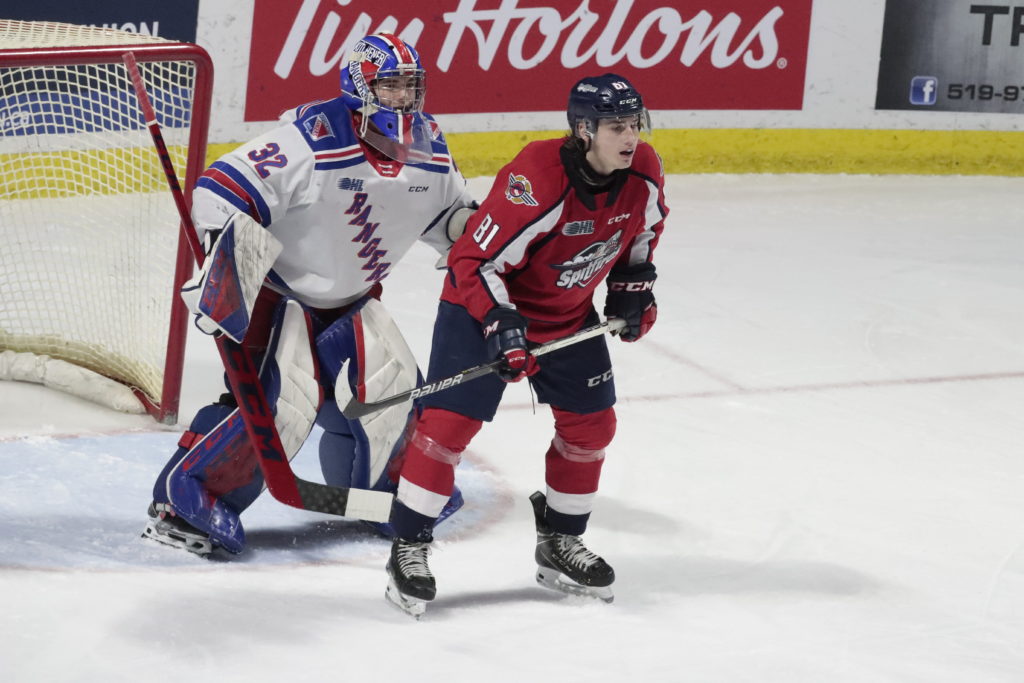 The Spitfires put up 6 goals on Tuesday night in Kitchener at the Aud for a big game 3 win.

In the second period, the Spitfires offence went to work putting up 4 goals in the period. Cuylle scored his 6th on the post-season as he was left alone in front of the net. Johnston and DeAngelis drew assists on the goal. Just three and a half minutes later, the Spitfires had a lot of zone pressure and Henault scored his 2nd of the playoffs from Abraham and Maggio. Exactly 4 minutes later it was the dynamic duo at it again this time Cuylle fed Johnston who ripped it for his 6th of the postseason. Just less than 3 minutes later, Maggio scored his 1st of the postseason on the powerplay and threw the monkey of his back as he didn’t record a goal in the series vs Sarnia. Johnston and Perrott assisted Maggio’s goal. Just over 5 minutes left in the period, Kitchener would score on the powerplay to make it a 6-2 game.

In the third period, tempers flared for Kitchener and the Spitfires had a few powerplays but nothing doing as the team rested their top PP unit.

The Spitfires and Rangers are back in action Thursday at the Aud. Puck drop is scheduled for 7pm.