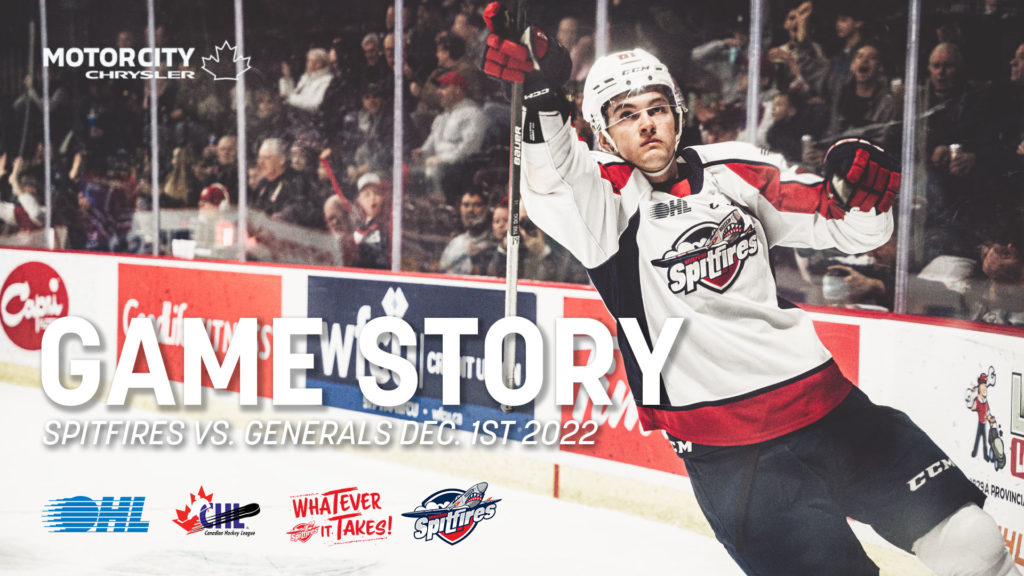 The Spitfires took the lead early and never looked back on Thursday night, cruising to a 7-2 victory.

It was the Oshawa native Liam Greentree that kicked off the scoring for the Spitfires in the first period. Just 1:28 into the game Greentree deflected a point shot from Ride and the puck trickled into the net for his 5th goal of the season. Maillet had the 2nd assist on the goal. Just under 5 minutes later, the Oshawa native struck again. Maggio got the puck up to Maillet and he slid the pucka cross the crease to Greentree back door for the tap in. 5 minutes later the Spitfires extended their lead to 3-0. Christopoulos got the puck on a 2 on 1 and fed Smith who sniped his 7th of the season. That goal made Oshawa change netminders from Leaver to Bickle. In the final minute of the period the Spitfires would strike again. It was Smith with his 2nd on the night and 8th of the season from Renwick and Peer. The Spitfires had a narrow 11-10 shot advantage after the first period.

In the second frame, the Spitfires would add on two more to take a commanding 6-0 lead. First it was Spellacy halfway through the period buried a rebound on a broken play in front of the Generals goal. Cristoforo had the lone assist on the tally. Three quarters of the way through the period, the Spitfires were on the penalty kill when the Oshawa goalie turned over the puck to Maillet and he scored his 9th of the season into a yawning cage.

In the third period, the Generals would add two back, but the Spitfires shut it down. And with 23 seconds left they completed the ‘touchdown’ goal with Christopoulos scoring on the powerplay from Peer and Smith.

The Spitfires are back in action Friday December 2nd on the road in Kitchener. Puck drop is scheduled for 7:30pm.

The Spitfires then return home on Saturday December 3rd for our Teddy Bear Toss night vs the Barrie Colts. Puck drop is scheduled for 7:05pm. 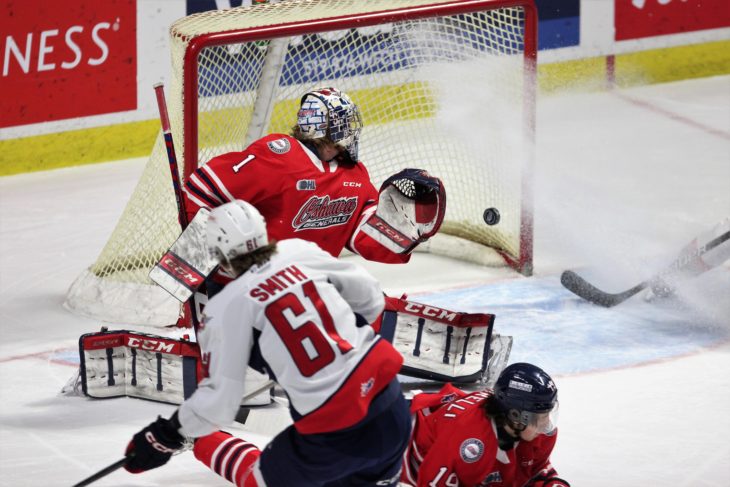