Spitfires Fall to the Attack 6-3 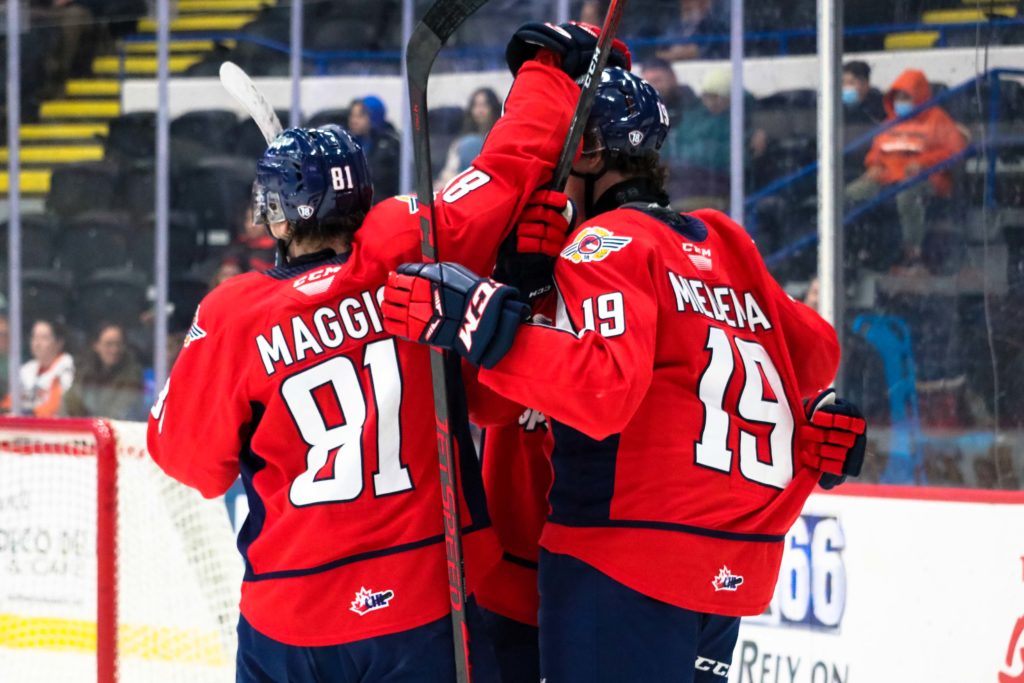 The Spitfires got down early and had trouble controlling possession of the puck and fell at home to the Owen Sound Attack 6-3.

In the first period, the Attack scored just 1:55 into the game to take an early lead. The Spitfires would have 2 powerplay’s in the frame but failed to capitalize on either. The Attack had a narrow 9-8 shot advantage after the period.

In the second period, the Attack would quickly add 3 more goals to take a commanding 4-0 lead. The Spitfires responded with one on the powerplay. Smith made a nice move around the defender and passed the puck across the crease to Miedema for his 6th of the season. Owen Sound added another with 43 seconds left in the period to take a 5-1 lead.

In the third period, the Spitfires tried to mount a comeback scoring goals from Cristoforo and Miedema but fell short. Owen Sound would add a late empty net goal and take a 6-3 victory.

The Spitfires are back in action on Friday when the Flint Firebirds come to town. Puck drop is scheduled for 7:05pm.