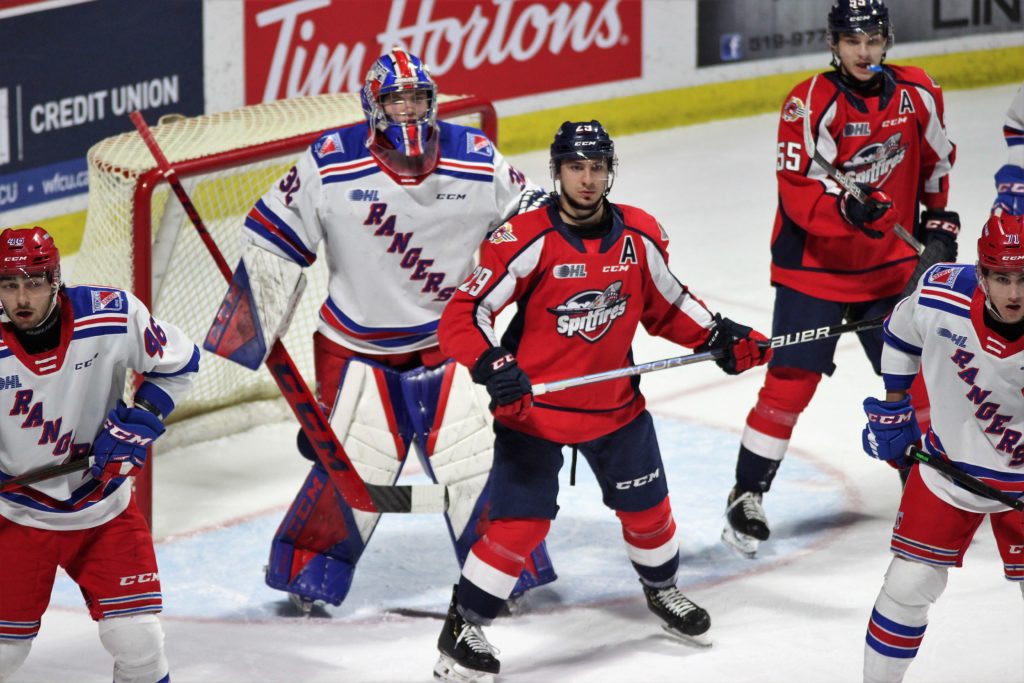 The Spitfires couldn’t capitalized on their chances and fell to the Rangers 4-2.

In the first period, the Rangers controlled the pace and came out with a vengeance. The Rangers scored first on a Spitfires turnover. Kitchener had 10 shots through the first period and the Spitfires had 13. Late in the frame, the Rangers scored shorthanded to go up 2-0. In the dying seconds of the first, the Spitfires capitalized after a powerplay expired. Maggio got the puck to Johnston who passed to Perrott who sniped his 4th of the post-season with 5 seconds left in the frame. The Spitfires were down 2-1 after 20.

In the second period, the Spitfires got on the board just under 8 minutes into the frame. Zito passed to DeAngelis who walked in and got a great opportunity that was saved but Johnston buried the rebound for his 4th of the post-season. The Spits and Rangers were tied 2-2 after 40 minutes.

In the third period, the Rangers came out of the gates hitting everything in sight. They created some momentum but also gave up a few chances that the Spitfires couldn’t capitalize on. Just over halfway through the period, the Rangers scored to take a 3-2 lead. Late in the game they would add an empty net goal and take Game 2 by a score of 4-2.

The Spitfires and Rangers are back in action in Kitchener on Tuesday May 10th. Puck drop is scheduled for 7:00pm.