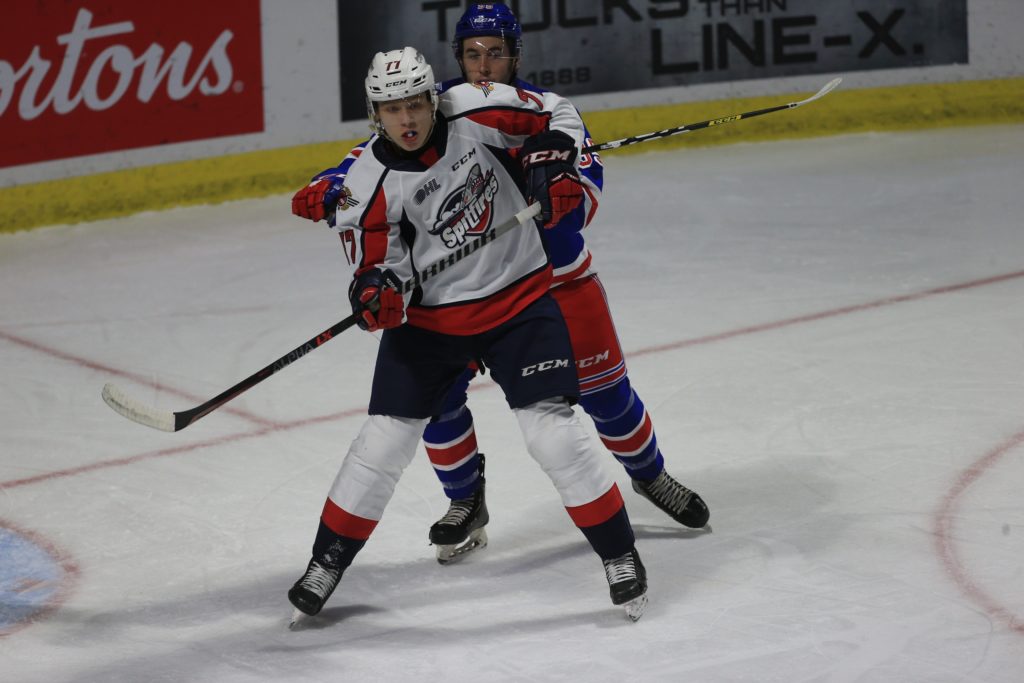 The Rangers appear to have the Spitfires number this season as a close and contested matchup saw the Spitfires drop a 4-2 decision.

In the first period the Rangers scored 4:25 into the period and that was the only goal and action in the period. The Rangers led in shots 7-5 after twenty minutes.

In the 2nd period, the Spitfires tied it up just 7 seconds into a powerplay. Johnston got his 21st on the season from a sweet pass from Zito. Maggio also had an assist on the play. The tie didn’t last long as the Rangers scored just less than a minute and a half later to regain the lead. The Rnagers led 2-1 after 40 minutes out the Spitfires took over the shot lead with 22 after 40 and 15 for the Rangers.

In the third period, just 2:27 into the period the Rangers failed to clear it and Renwick launched a missile into the goal to tie the game at 2. The goal was unassisted. Just under 7 minutes later the Rangers retook the lead again, this time on the powerplay. In the dying minutes of the game the Windsor net was empty and the Rangers scored to make it 4-2. The Spitfires had a total of 36 shots to Kitchener’s 25.

The Spitfires are back in action on Sunday at 4:05pm when the Kitchener Rangers come to the WFCU Centre as the Spitfires will look to seek revenge.