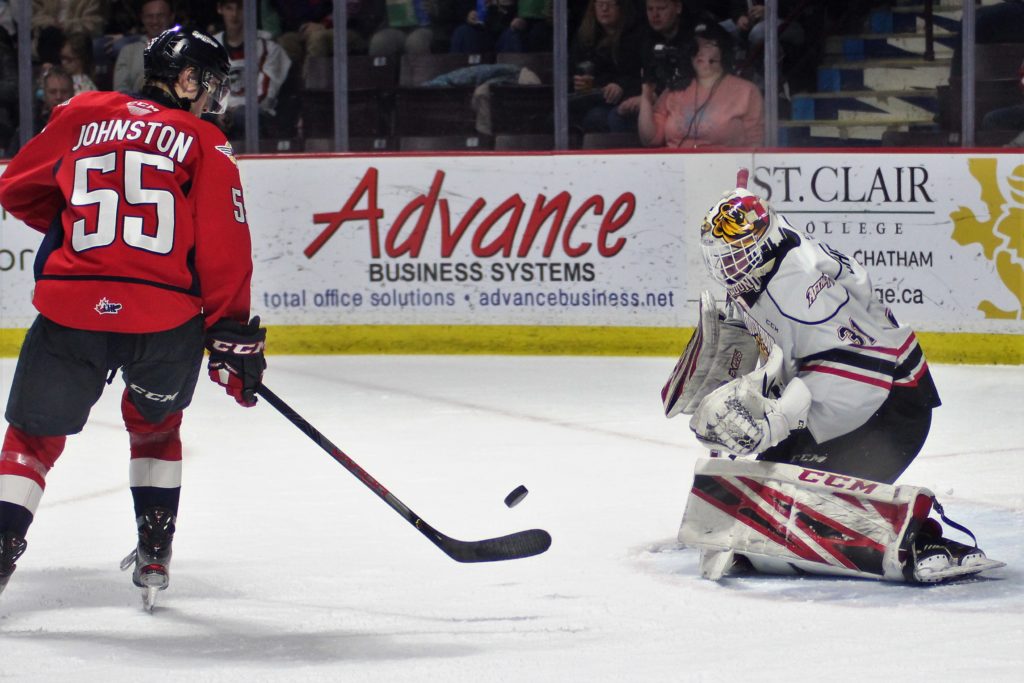 The second matchup between the Spitfires and the Owen Sound Attack within 48 hours of each other did not go as planned like Thursday night in Windsor.

During the first period, the play was non-stop back and forth action but no one could get the puck past either netminder. The period had a few penalties, but the Spitfires were unsuccessful on the 1st powerplay. The 2nd powerplay occurred with 15 seconds left in the period and carried over into the 2nd. The period ended scoreless and the Spitfires had a narrow lead in shots 13-10.

In the third period, the Attack scored just over a minute into the period making it 3-0. Just two minutes and 25 seconds later the Attack extended their lead making it 4-0. A couple minutes after going up 4-0, the Spitfires scored but it was called off after a goalie interference call ruled it no goal. Halfway through the frame LeSage from OS scored short side to make it 5-0. Kyle Downey played the final 9:20 of the game. The Spitfires had a late powerplay chance to break the shutout and did just that. Zito in front of the net tipped in a pass from Maggio with DeAngelis getting the secondary assist.

The Spitfires next game is home at the WFCU Centre versus the Guelph Storm. Puck drop is scheduled for 7:30pm