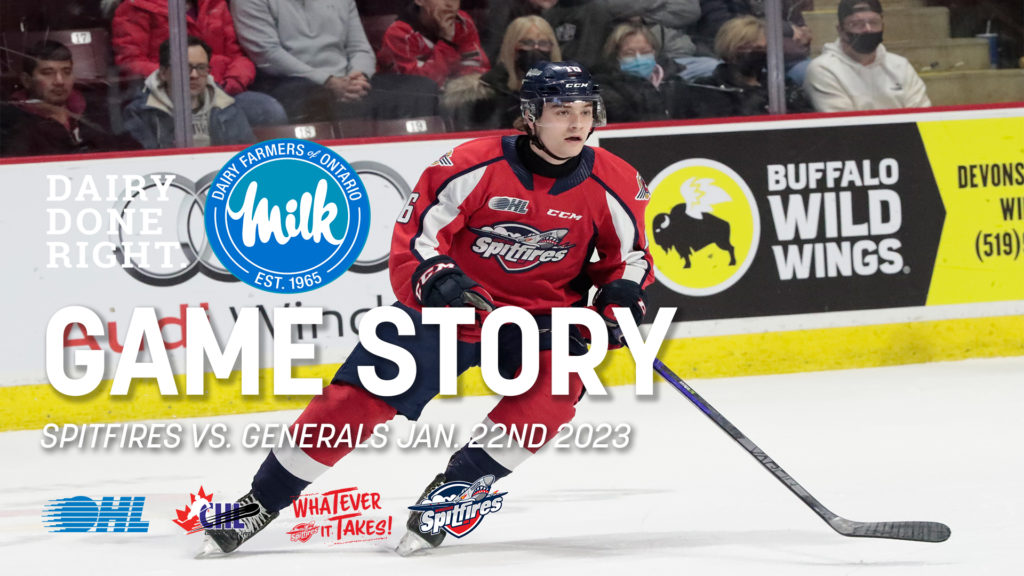 The Spitfires were flat and couldn’t handle an early offensive outburst from the Generals and fell 9-5.

In the first period, the pace of the game was high. Lots of speed and opportunities highlighted the period. Just over seven minutes in, the Generals would score off a Spitfire turnover to take a 1-0 lead. The Generals would score two more and take a commanding 3-0 lead. Costanzo was then taken out of the game for Michelone. The shots were tied 12-12 after the first period.

In the third period, the rookie Liam Greentree from Oshawa would score twice in 30 seconds to get his first career OHL hat-trick. This would make it a 7-5 deficit. A Spitfire turnover would result in an 8th goal for the Generals for an 8-5 lead. A late empty net would make it 9-5 and that would be the end of this one.

The Spitfires are back in action on Thursday in North Bay. Puck drop is scheduled for 7:05pm 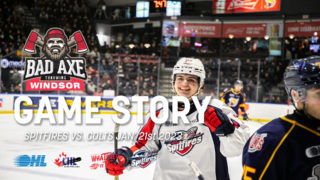