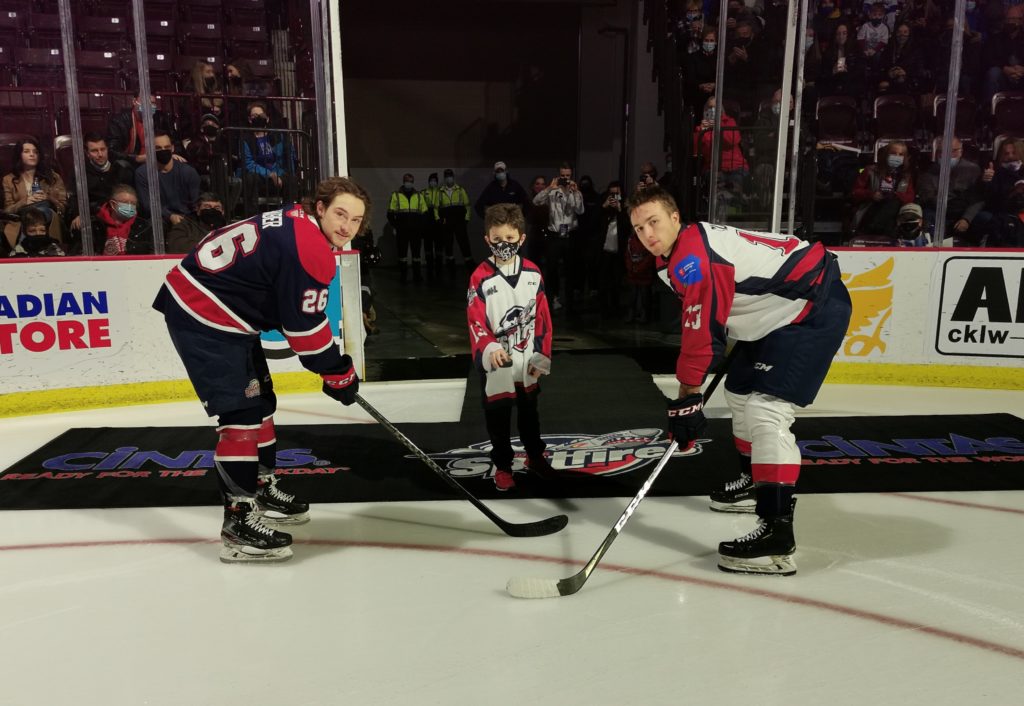 The Spitfires fell short on Friday versus the Saginaw Spirit.

In the first period, Saginaw opened the scoring just 3:23 into the game on only just 5 shots in the period. The Spitfires were able to respond 6 and a half minutes later from McDonald on the powerplay. His 11th of the season was assisted by Zito and Henault. Just one minute later the Spitfires took the lead with Ethan Martin’s first career OHL goal as he buried it five-hole in front of the net. D’Amico and Maggio had assists on the goal. Spitfires lead 12-5 in shots after 20 minutes.

In the 2nd period Saginaw got on the board 4:36 into the period to tie the game, Ribau was down for an extended period of time after hitting the boards hard with no whistle and the Spirit capitalized. Just over 2 minutes later Saginaw scored again to take a 3-2 lead. With 6:52 left in the period the Spitfires failed to clear it and Saginaw scored to make it a 4-2 game. With under one minute remaining and the Spitfires on the powerplay, Saginaw got a breakaway and scored shorthanded to make it 6-2 and 5 2nd period goals.

In the third period the Spitfires rallied back. Maggio scored just 3:38 into the period on the powerplay to bring the Spitfires within three. Just a minute and a half later Johnston tucked home his 11th on the season to bring the Spitfires within two. Another 2 minutes went by and D’Amico scored to make it a one goal game with over 12 minutes to go. The teams fought hard and battled with the game on the line. D’Amico was tripped up with no call as the fans hollered at the refs. Late in the period with just over 2 minutes to go Loukus on Saginaw got a 5 minute major for slashing putting the Spitfires on the powerplay. The Spitfires had a few chances and failed to tie the game coming up just short after coming back 3 goals.

The Spitfires travel to Saginaw for a rematch of tonight’s game. The Spitfires next home game is December 2nd, puck drop is scheduled for 7:30pm.