MENU
Get the latest 75th Anniversary Gear at Spitsgear.com
December 3, 2021

Spitfires Fall in Upset to Erie 5-4 in Overtime 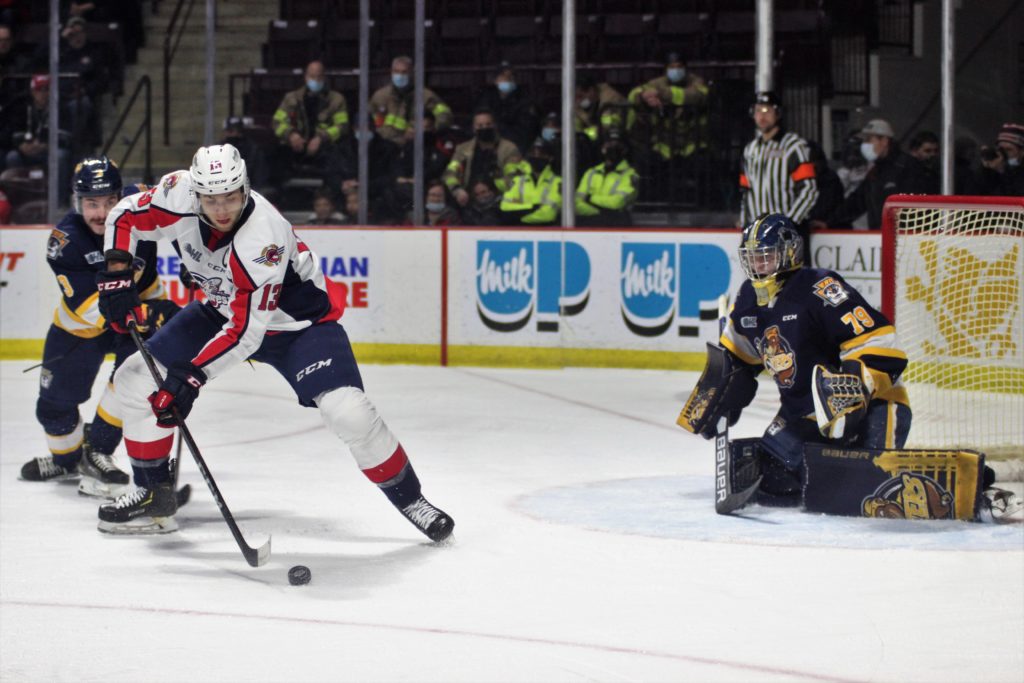 The Spitfires saw their 4-1 lead dwindle down to the last second in the third period.

In the first period, the Spitfires and Otters traded a few shots and chances until the Spitfires broke the deadlock. A sweet passing play from Cuylle and Johnston who passed back and forth multiple times up the ice and Cuylle finished off the nice play. Johnston had the primary assist and Henault had the 2nd assist. Just less than 6 minutes later Erie scored while Henault was down injured with no whistle and they tied the game at 1 which was the score after 20 minutes. The Spitfires lead 14-10 in shots after the first period. Both Peer who was hurt in the period and Henault did not return to the game.

In the second period the Spitfires came alive and sprung to a nice lead. Cuylle scored his 17th on the season just 48 seconds into the period. Johnston and Christopoulos recorded assists. Just over three minutes later off a faceoff Daniil Sobolev teed up with his first career OHL goal on a rocket of a shot. Late in the 2nd period Zito buried his 7th goal on a scramble in front. Miedema and Ladd drew assists and the Spitfires were up 4-1 after 40 minutes of play.

In the third period, the Otters sprung back to life scoring just 1:01 into the period giving them a chance. The Otters scored another five and a half minutes later to bring the game to 4-3 with plenty of time left. And with under 1 second left on the clock Erie scored to tie the game and send it to OT.

In the OT period, Erie held possession the entire time and stuck just 1:36 into the frame to give the Otters the extra point.

Before The Drop with Steve Bell - Presented by Dairy Farmers of Ontario.
22 mins ago