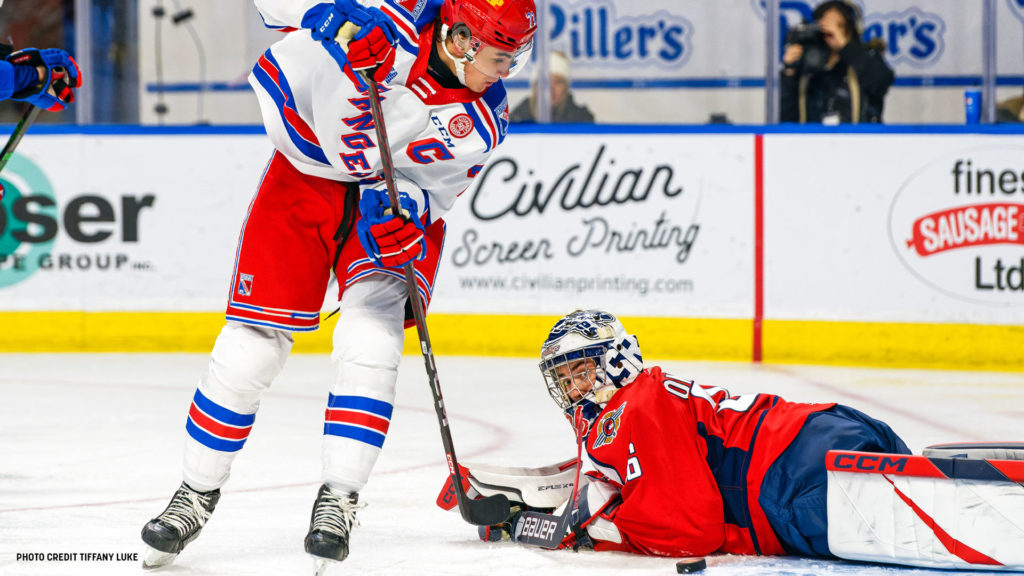 The Spitfires got out to a lead and had to peer over their shoulder a few times but held on for a big 8-4 win in Kitchener Sunday evening.

In the second period, the Rangers would score a third goal to make it a 4-3 game. Six minutes after that, the Spitfires would respond. Christopoulos sped past the defender and went 5-hole to restore the Spits 2 goal lead.

In the third period, Cristoforo would spring Maggio on a breakaway and the Captain made no mistake scoring his 12th of the season and giving the Spitfires a 6-3 lead. The Rangers would respond a few minutes later and make it a 6-4 game. With under 5 minutes to go the Spitfires soaked up a lot of pressure and Onuska stood tall. A clear out of the Spitfires zone bounced to the Rangers blue line where Greentree sped past the Rangers defender and went in on the breakaway to score his 3rd of the season. Christopoulos would add a late empty netter and the Spitfires would take the win 8-4.