Spitfires Defeat Sting 6-5 in a Shootout 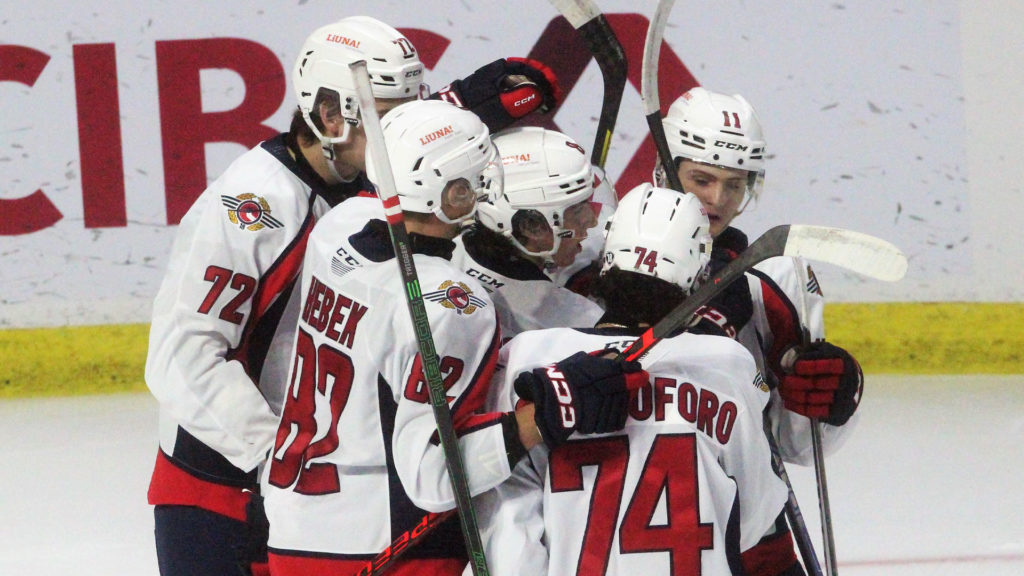 The Spitfires took on a familiar foe in the Sarnia Sting Thursday evening for a preseason test. The Spitfires came out on top by a score of 6-5 in a shootout.

In the second period, both teams got into penalty trouble. The Sting capitalized on a powerplay chance and tied the game at 3 just over 7 minutes into the period. 5 minutes later the Spitfires 4th line of the night scored to make it 4-3. Cristoforo found Martin who skated down the wing across the blue line and found Morneau back door who sniped his 2nd on the preseason. The Spitfires would hang onto the 4-3 lead and a 21-18 shot lead after 40 minutes of play.

The third period started the same as the 2nd. This time the Sting scored 5 on 5 to tie the game at 4 apiece. Exactly 5 minutes after the Sarnia goal the Spitfires responded. Abraham passed it to O’Flaherty who was wide open in front of the net and he buried it to make it 5-4 Spitfires. Just over four minutes later the Sting would score and tie the game again at 5. This one would require a shootout.

Windsor is back in action on Saturday as they travel to Sarnia for the final matchup of the preseason. Puck drop is scheduled for 7:05pm.

After the final preseason contest the Spitfires will have a week to prepare for the home opener which is scheduled for October 1st at 7:05pm when the Sarnia Sting come to town.