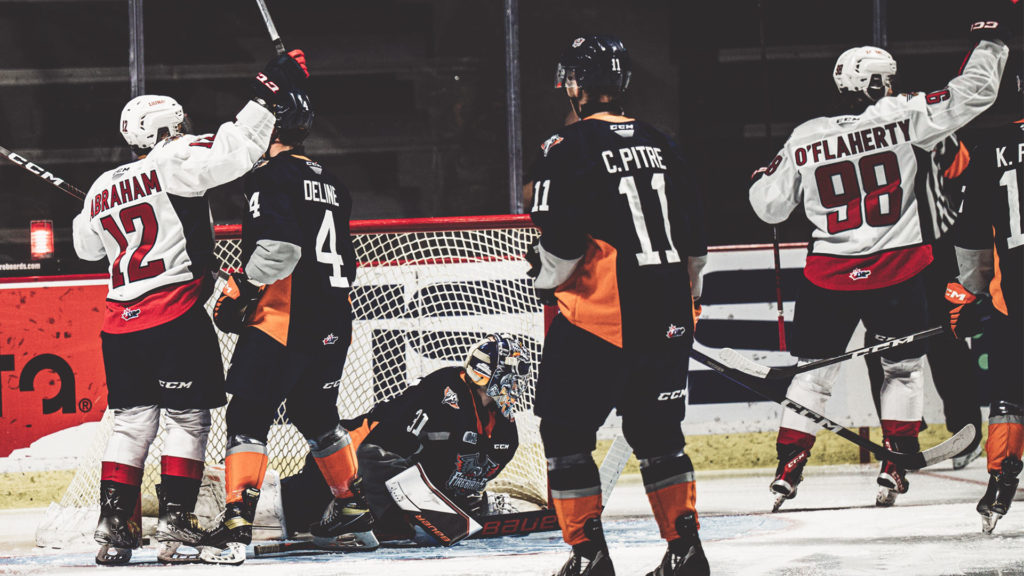 The Spitfires played their third match up versus the Firebirds in the preseason and came out on top 7-4.

In the first period, the Spitfires jumped out to an early lead just 29 seconds in Christopoulos scored his 2nd of the preseason. However, just over 4 minutes later the Firebirds tied it. The Spitfires would then score 3 unanswered goals from Peer twice and Renwick to take a commanding 4-1 lead heading into the intermission. The Spitfires outshot the Firebirds 13-12 after the 1st.

In the 2nd period, both teams scored once. Renwick got his 2nd on the night on the powerplay from Abraham and Smith to make it 5-1. Flint scored late in the period on a 5 on 3 powerplay to make it a 5-2 game. The Spitfires had a 32-26 shot lead after 40 minutes.

The Spitfires are back in action on Thursday the 22nd when the Sarnia Sting come to town. Puck drop is scheduled for 7:05pm.