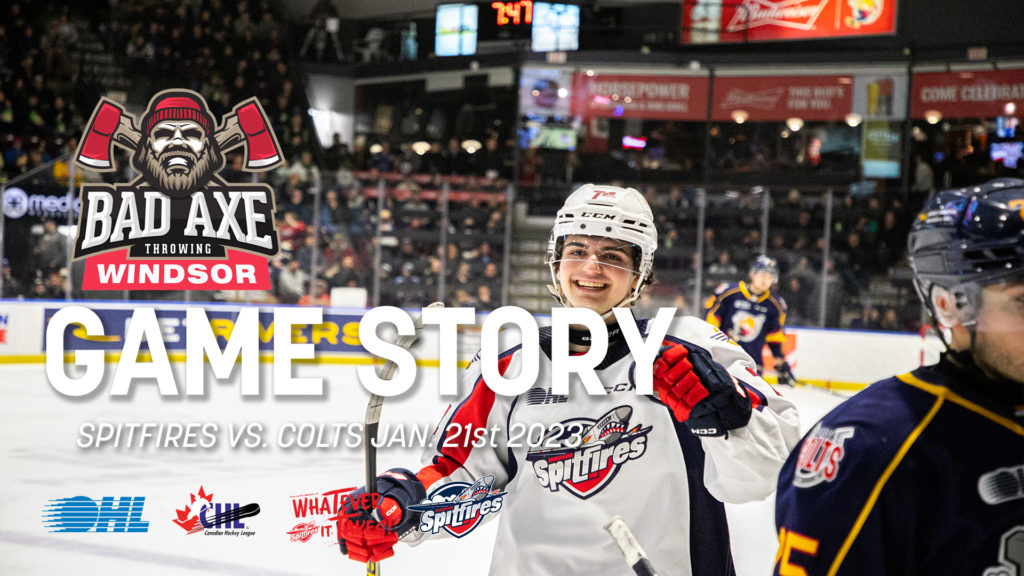 The Spitfires and Colts had a wild night at the Sadlon Arena on Saturday evening. A total barn-burner ensued as the Spitfires came out on top with a final score of 8-7.

In the first period, the Colts got on the board first. A dump in turned into a scramble as Costanzo fell down behind the net, he was able to get back to the crease but was unable to get set before Barrie would score. Just four minutes later, the Spitfires would respond. Maggio sniped his 32nd of the year on a screen from the high slot. Less than a minute later, the Spitfires would take their first lead of the game. The puck bounced to Cristoforo at the point and he walked in towards the net and sniped his 4th of the season. Three minutes later the Colts would score to tie it at 2. This game appeared to be headed for a barn-burner (it was) with 4 goals in the first 10 and a half minutes. The shots were tied 15-15 through the first period.

In the second period, the barn-burner lit quickly. A total of nine (9) goals were scored in the 2nd period alone. Five by the Spitfires (Christopoulos with 1, Cristoforo with 1 and Harrison with 3) while Barrie had 4 goals (Cholach with 1, Savard with 2 and Beaudoin with 1). It was a powerplay goal for Barrie to make it 3-2 before a Spitfires powerplay goal to tie the game back at 3. Another Barrie powerplay goal would extend it to a 4-3 lead for the Colts. The Spitfires then rung off four straight goals to take a 7-4 lead. Barrie would score twice in 35 seconds to make it a 7-6 game heading into the third.

In the third period, the Colts would score a minute and nine seconds into the period to tie the game at 7. Exactly halfway through the period, a Smith shot would overpower the netminder and bounce into the net for an 8-7 lead. That goal would be the eventual winner in a crazy game in Barrie.

The Spitfires are back in action on Sunday January 22nd vs the Oshawa Generals. Puck drop is scheduled for 6:05pm.

Some photos courtesy of Rob Adams: 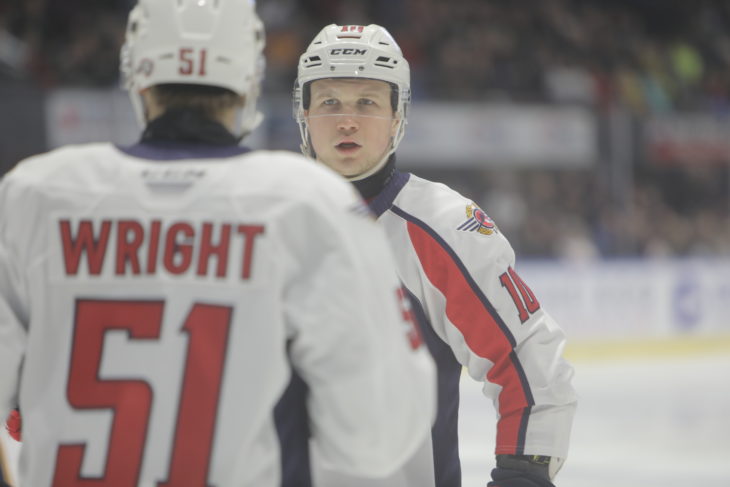 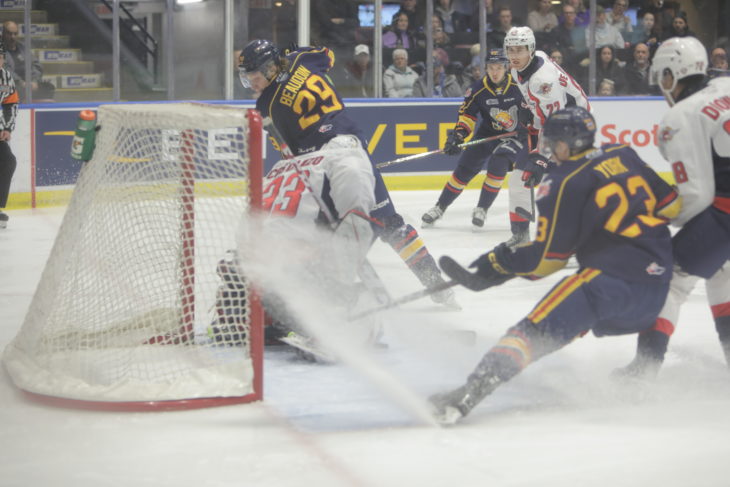 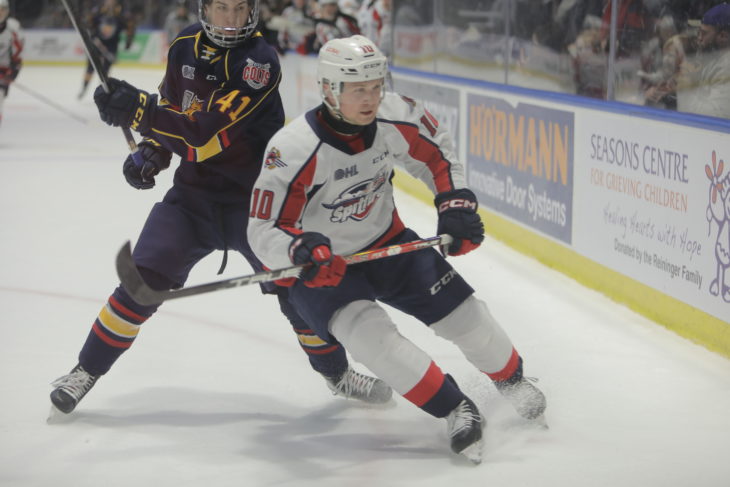