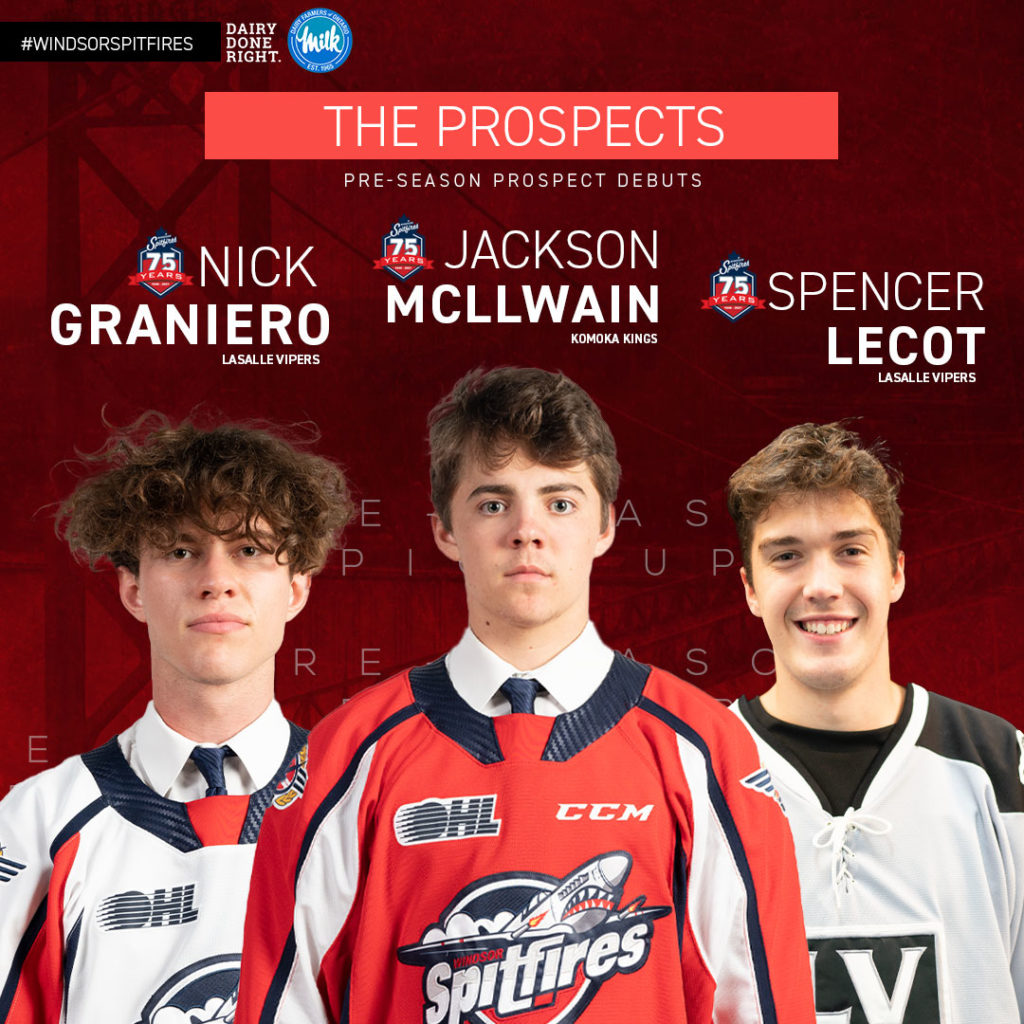 The Windsor Spitfires have added Jackson McLlwain, Nick Graniero and Spencer Lecot to our preseason roster.

Jackson McLlwain is a native of Exeter, ON and has been added to the preseason roster. McLlwain was a third round OHL U18 selection of the Spitfires in 2020. McLlwain played for the Huron-Perth Lakers when he was drafted and has recently signed with the Komoka Kings. The 2003 born forward will play tonight in Sarnia as the Spitfires have their first preseason game at 7:05pm. McLlwain will wear the number 17.

Nick Graniero a Lasalle native is a member of our Junior B affiliate Lasalle Vipers and an OHL free agent who was invited to the Spitfires camp a few weeks ago. Graniero will appear in his first OHL preseason game and wear the number 11.

Spencer Lecot of Harrow Ontario will also make his preseason debut. He is a member of the Lasalle Vipers. The 2002 born defenseman played 30 games with the Vipers recording 15 points in 2019. Lecot will wear the number 2.

Halloween Hockey this Saturday vs. Kitchener Rangers
1 day ago