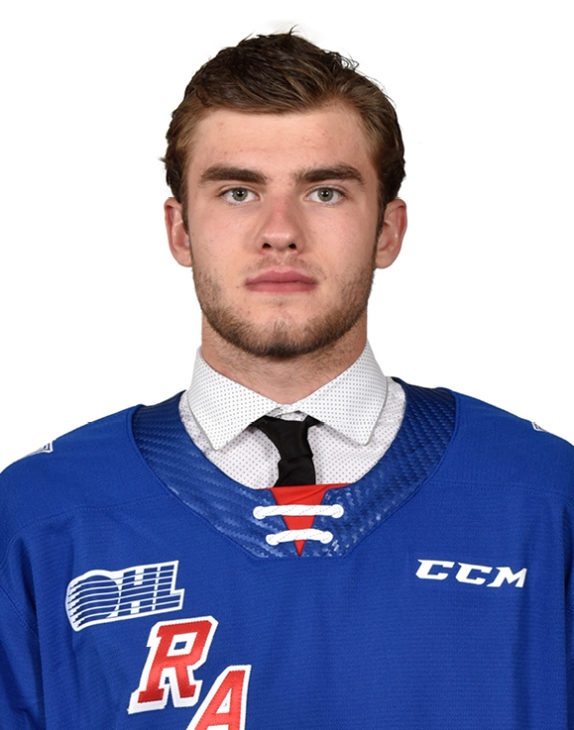 Windsor, ON) – The Windsor Spitfires today announced the acquisition of defenceman Joseph Rupoli, from the Kitchener Rangers in exchange for Windsor’s 12th Round Pick (originally Guelph’s) in the 2020 OHL Priority Selections.

The 19-year-old Oakville, Ontario native, is in his 3rdseason in the OHL and appeared in 13 games with the Rangers this year.  Rupoli was originally Oshawa’s fifth round pick, 87th overall, in the 2016 OHL Priority Selection.

He will join the team this weekend as they travel to Saginaw on Saturday night, then host the Owen Sound Attack on Sunday.