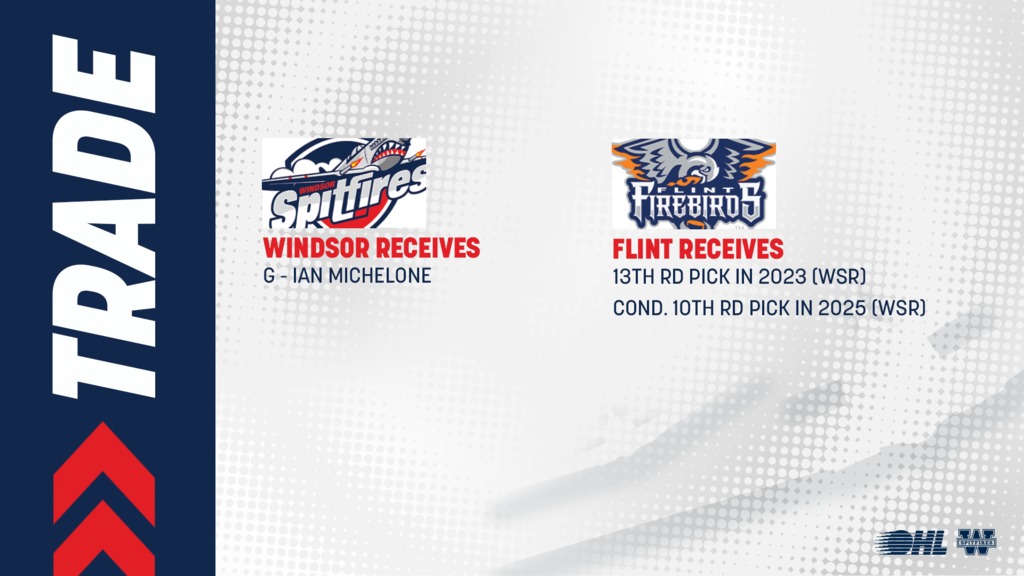 Michelone, a native of Kanata, Ontario appeared in 10 games for the Firebirds posting a 4.37 GAA with a .884 save percentage while going 4-4-0 and 1 shutout.

“Michelone has created depth for our organization.” GM Bill Bowler said. “He has played in our league and we can see him competing for the net.”

Welcome to the Spitfires, Ian!