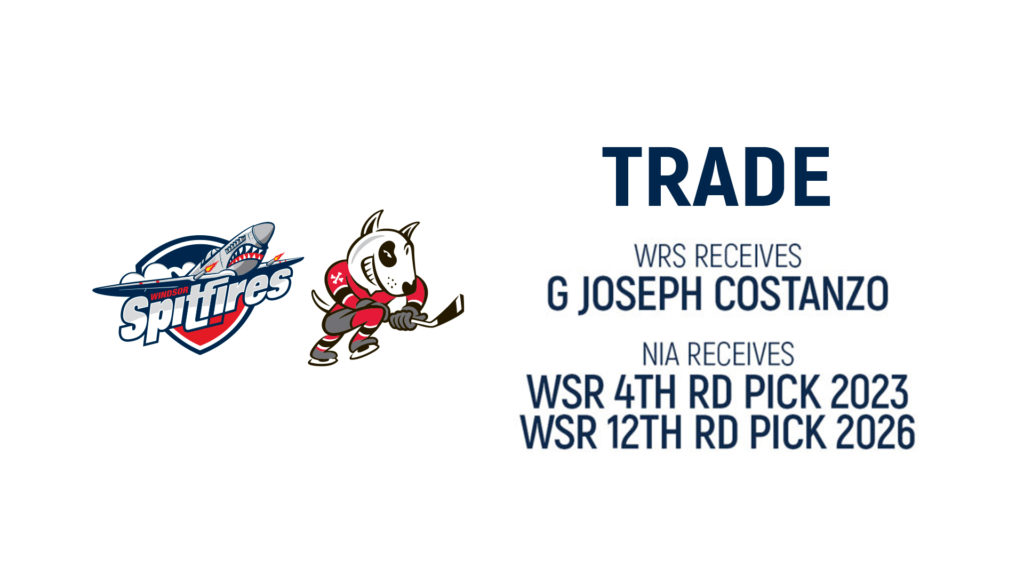 Joseph was drafted by the Ice Dogs in the 2021 OHL Priority Selection in the 2nd round and 23rd overall. Costanzo is from Toronto, Ontario and stands 6 feet tall.

Joseph shared his thoughts on the trade and coming to Windsor.

“I am excited to be part of this great city and amazing organization.” Costanzo said. “I’m looking forward to contributing to the winning culture and getting started in Windsor!”

General Manager Bill Bowler spoke of the acquisition of Costanzo.

“Joey is a welcome addition to our hockey club.” Bowler said. “He is ultra competitive and has a lot of potential. He was a second round pick that we liked in his draft year.”

Welcome to the team, Joey!