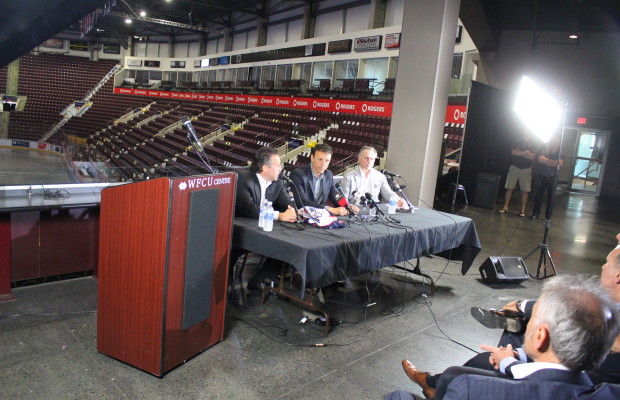 (Windsor, ON) – Spitfires Vice President and General Manager Warren Rychel introduced Rocky Thompson as the club’s new head coach at a press conference this morning at the WFCU Centre.

“When we sat down with Rocky, I was really blown away by his character and his knowledge on the game,” Rychel said. “He’s worked hard for everything he’s acheived, both as a player and a coach. We talked at length with a lot of his former players and colleagues. They’ve all been unbelievably supportive of him. We have no doubt he’s the right guy for this job.”

“I’m very excited to come to a hockey city like Windsor that has a strong history,” he said. “Two Memorial Cup championships. A great tradition. I’m excited to be part of another chapter in the club’s history.”

With now eight seasons of coaching experience at both the junior and professional levels, Thompson believes he’s the right coach at the right time.

“I’m a good fit because I develop players,” he said. “I’ve had a great track record working with a lot of stars. I was able to work with Taylor Hall when he was in the American League and when I was up in the NHL last year. I’ve been able to work with guys at the junior level and up to the next levels. I know what it takes to get there. I’m excited to work with the players in Windsor and to bring a great city back a championship.”

Thompson sees similarities between himself, Rychel and the man he’ll replace behind the bench, Team President Bob Boughner.

“We weren’t the greatest players,” he added. “But we put our noses to the grindstone and found a way to get to the highest level of hockey. That’s what we’re able to instill in our players, without a doubt. What meant the most to us as players was winning. The team. The greater good. When you can translate that into teaching young players, positive team results follow and individual accomplishments become a by-product of that.”

Thompson says he’s looking forward to bringing his family to Windsor. He and wife Elizabeth, sons Tyr (16), Tyme (14) and daughters Taze (13) and True (8) expect to be settled in sometime in August.

Thompson will be joined behind the bench this season by Assistant Coach Jerrod Smith and a third coach, who will be hired in the coming days. 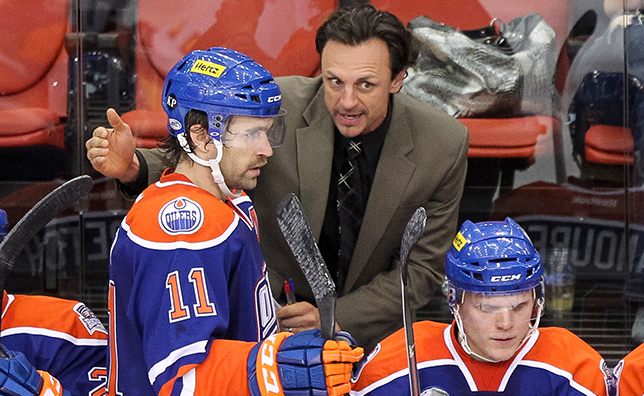