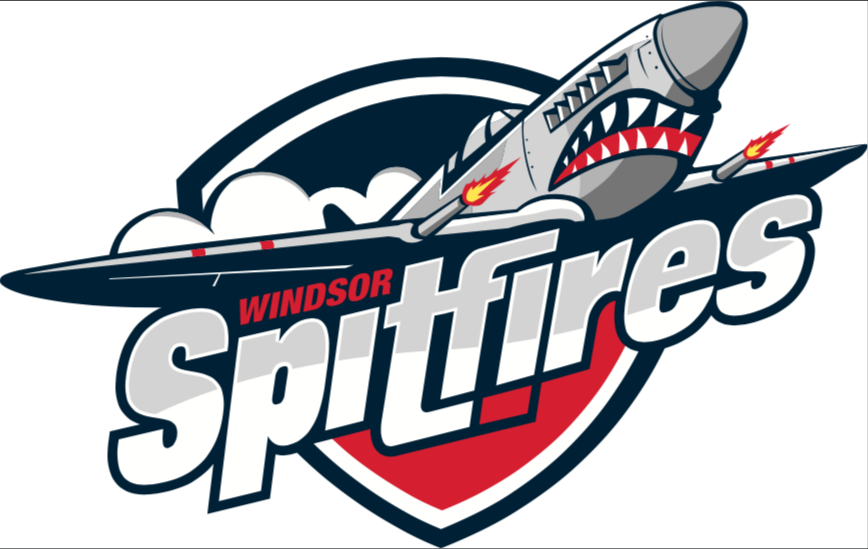 As the puck drops on a new NHL season, the 22-year-old Sergachev carries a new three-year deal for $14.4 million with the Lightning and bragging rights with former Spitfires and those with ties to Windsor and Essex County.

Local fans will find plenty of local connections to cheer with more than 20 of the teams battling for this year’s Stanley Cup featuring someone with ties to the area and following is a look at what’s ahead for them.

In the newly aligned NHL West Division, Windsor native and former Spitfire defenceman Cam Fowler begins his 11th season with the Anaheim Ducks and will be joined by former Windsor teammate Adam Henrique, who starts his 11thseason in the NHL. Fowler, who was a first-round pick by the Spitfires in 2008, was part of Windsor’s second Memorial Cup champion team with Henrique, who returned for a second title in 2010.

The division will also see former Spitfire forward Christian Fischer begin his fourth NHL season with the Arizona Coyotes joining him as an assistant coach is Cory Stillman, while goalie Philipp Gurbauer, who won a Memorial Cup with the Spitfires in 2010, enters his third season with the Colorado Avalanche after starting his career in Washington. Gabriel Vilardi, who was a Memorial Cup all-star in 2017, hopes to put his injury woes behind him in his first full season with the Los Angeles Kings.

The two head coaches that combined for the three Memorial Cup titles in Windsor join forces with the San Jose Sharks. Bob Boughner, who guided the team to titles in 2009 and 2010, starts his first full season as head coach with Rocky Thompson, who orchestrated the 2017 title, joining Boughner’s staff as associated coach.

Peter DeBoer, who was replaced by Boughner in San Jose, begins his first full season as head coach of the Vegas Knights while former Spitfire Steve Ott, who is from Stoney Point, begins his fourth season as an assistant coach with the St. Louis Blues, who won the Stanley Cup in 2019.

In the East Division, Tecumseh’s Jack Studnicka is set to begin the season on the wing with Patrice Bergeron and Brad Marchand with the Boston Bruins after getting in two games with the team last season.

Former Spitfire Taylor Hall, who is the only player in history to win back-to-back Memorial Cup MVP awards, starts his first season with his fourth club after signing a one-year deal for $8 million with the Buffalo Sabres while former Spitfire Brendan Lemieux begins his third season with the New York Rangers.

Josh Bailey missed a Memorial Cup run with the Spitfires in 2009 after cracking the New York Islanders’ roster and he’s not moved as he prepares to start his 13th season with the club and has already appeared in over 900 games. Joining his is also former Spitfire Tom Kuhnhackl. Windsor native Matt Martin, who is in his second tour with the Islanders, has over 700 career games under his belt as he begins his 10th season.

Former Spitfires’ general manager Jim Rutherford, who built the club’s first OHL championship team in 1988, begins his seventh season as GM of the Pittsburgh Penguins while former Spitfire forward Richard Panik enters his ninth season and is now with his fifth team after signing with the Washington Capitals.

In the North Division, LaSalle native and former Spitfire Zack Kassian, who was part of Windsor’s second Memorial Cup champion team, enters his 10th NHL season and sixth with the Edmonton Oilers, who have also added former Spitfire defenceman Slater Koekkoek to the roster. As well, former Spitfire Keith Gretzky enters his fifth season as the team’s assistant general manager.

It’s been four decades since Claude Julien donned a Spitfire jersey, but the 60-year-old Julien is set to enter the fifth season of his second tour with the Montreal Canadiens.

Centre Logan Brown, who won a Memorial Cup in Windsor in 2017, will try to land a full-time role with the Ottawa Senators this season after getting into 29 games last season. The club also added former Spitfire Austin Watson in free agency, who was part of Windsor’s first Memorial Cup champion team. Former Spitfire captain and coach D.J. Smith enters his second season as head coach with former Windsor associate coach Bob Jones on his staff along with Evan Mathias, who is working as video co-ordinator.

Goaltender Mikey DiPietro will join the Vancouver Canucks on their taxi squad. Mikey will join former Spitfire teammate & defenceman Jalen Chatfield, who was co-captain of the 2017 Memorial Cup team in Windsor, with the Vancouver Canucks while Paul Maurice enters his eighth season as head coach of the Winnipeg Jets as he sits seventh on the all-time head coaching win list. Joining him on Winnipeg and the taxi squad is former Spitfire Logan Stanley.

The Toronto Maple Leafs will have two former Spitfires on their opening day roster in Jason Spezza and Jack Campbell.

In the Central Division, Belle River’s Aaron Ekblad is now an alternate captain with the Florida Panthers and the 24-year-old former first overall pick could reach 500 NHL games this season. Behind the bench, Windsor native and former Spitfire defenceman Joel Quenneville enters his second season with the Panthers. In nearly a quarter century behind the bench in the NHL, Quenneville is second on the all-time win list with 925 wins in over 1,700 games.

Rounding out area ties is former Spitfire captain Ryan Ellis, who is an alternate captain with the Nashville Predators and is set to enter his 10thseason with the club, Ellis was part of Windsor’s back-to-back Memorial Cup champion teams in 2009 and 2010. 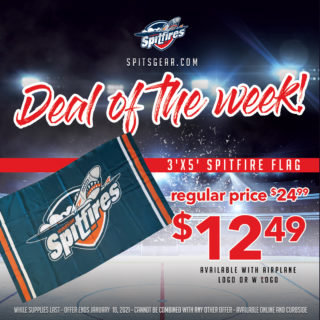 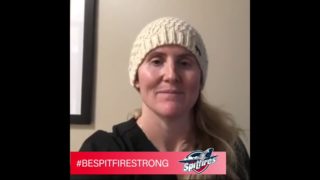 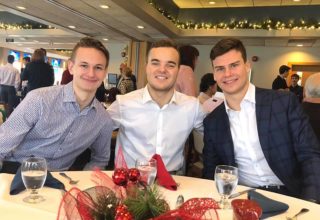 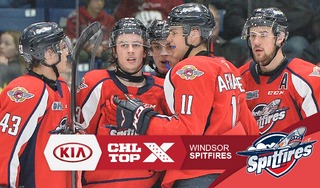 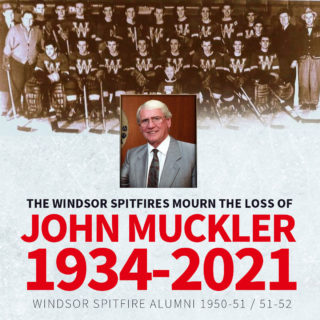