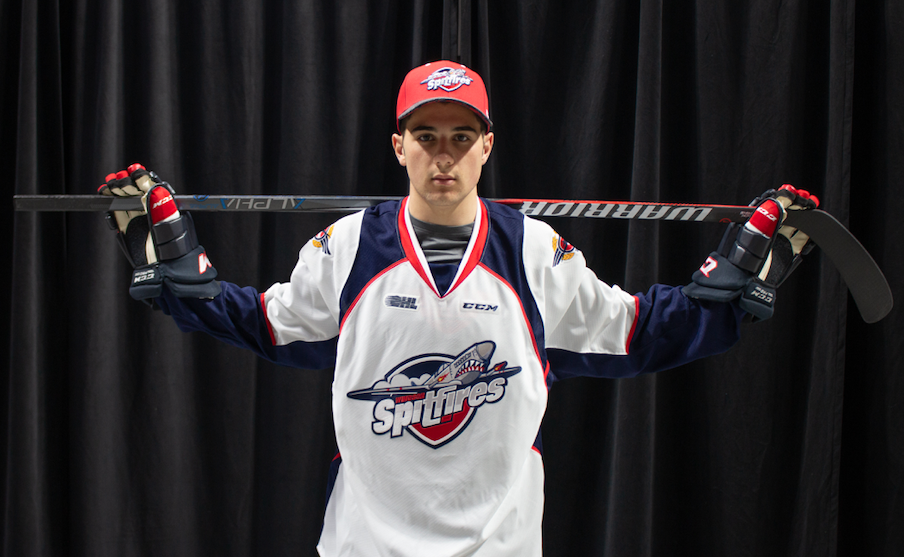 (Windsor, ON) – General Manager Warren Rychel is pleased to announce the Spitfires have received a commitment from centre Pasquale Zito.

Zito, 16, was a second-round pick (#41 overall) in the 2019 Ontario Hockey League Priority Selection back in April, after posting 28 goals and 45 assists in 52 games with the Mississauga Rebels Minor Midgets.

Zito was also an OHL Gold Cup standout in May, scoring the game-winning goal late in the third period to lift GTHL Blue to a 5-4, comeback victory in the gold medal game.

Rychel says the Ottawa native’s style of play will make him a fan favourite.

“Pasquale is a true Spitfire,” Rychel said. “He’s a 200-foot player that can score and play a physical brand of hockey. On top of that, he’s good in the faceoff circle, responsible in his own zone and I love his worth ethic.”