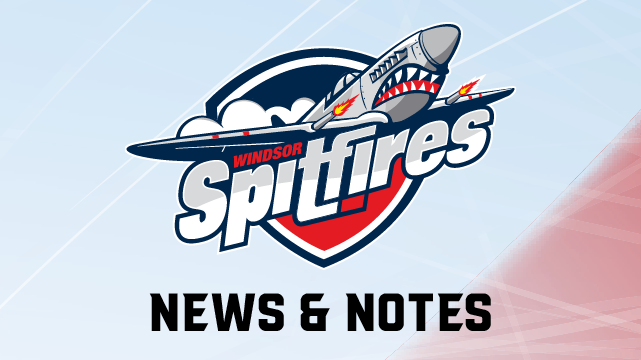 (Windsor, ON) – We’ve got a series of announcements from the past few days, including a player transaction with the Kingston Frontenacs.

FRASCA TO THE LIMESTONE CITY

2001-born forward Jordan Frasca has been traded to the Kingston Frontenacs for a sixth-round pick in 2022, general manager Bill Bowler has announced.

“We’ve got a lot of forwards in our ranks this season and beyond. Jordan is a skilled player with a lot of upside that will benefit from the increased ice-time he will see with a good, young Frotenacs team. We thank him for his two years in Windsor and wish him luck in Kingston.”

Andrew Sykes is the newest member of the Club’s scouting staff.

Bowler says the former Director of Scouting with TheScout.ca and current LaSalle Vipers head scout will fill a variety of roles.

“Andrew is a young, hungry guy that is passionate about the game. I have seen his work as director of scouting at TheScout.ca and during his time in Lasalle. We feel fortunate and excited to have him join our team. He watches hundreds of games a year and will bring energy and commitment to his role.”

Goalie Coach Perry Wilson and Director of Analytics and Video Evan Mathias will each return for the 2019-20 season.

Wilson enters his third season while Mathias is set for his fourth year.

Bowler says both are valuable pieces to the puzzle for a Club on the rise.

“We’re happy to have Perry back in the fold. He continues to work at his craft and strives to constantly learn and better himself. That approach and the continuity of having him back can only benefit our goalies.

“Evan is a quality individual who works tirelessly to assist the coaching staff in a number of areas.”