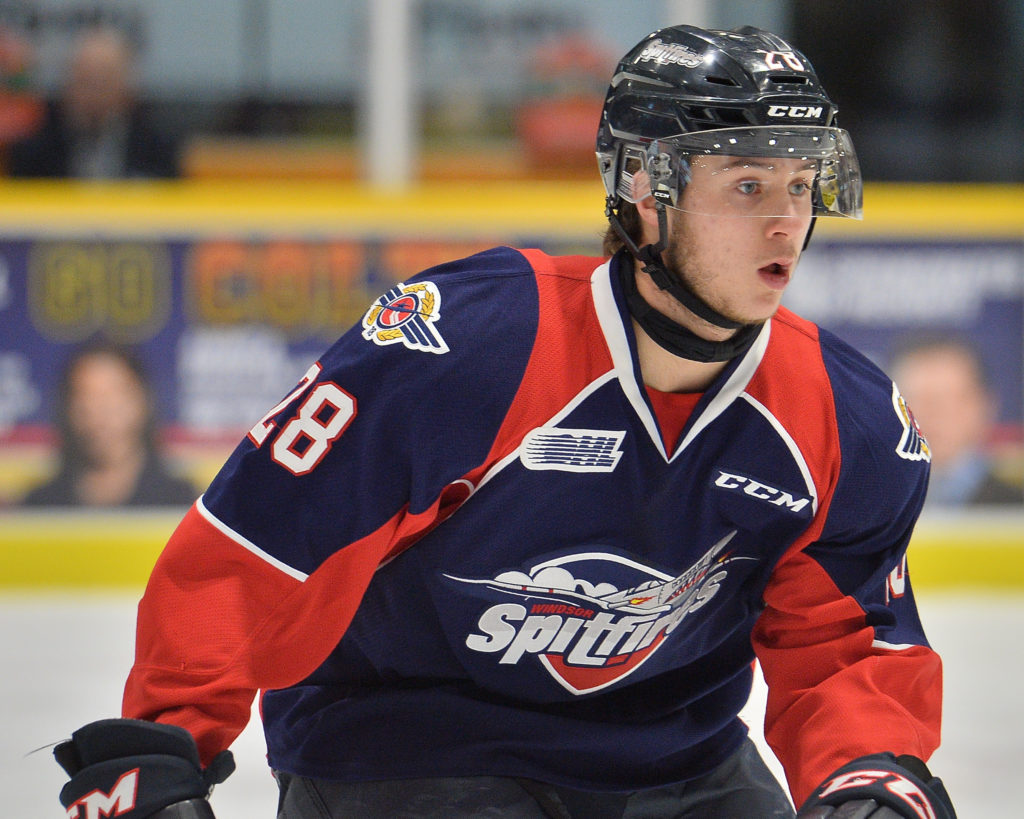 (Windsor, ON) – General Manager Warren Rychel has dealt forward Cody Morgan to the Flint Firebirds in exchange for a pair of draft picks.

Morgan, 17, was acquired from Kingston exactly one year ago in the deal that sent Gabe Vilardi and Sean Day to the Frontenacs.

“We wish Cody all the best with the Firebirds,” Rychel said. “He’s a great kid with a lot of hockey ahead of him. He’ll get the chance to play a bigger role in Flint as he continues to develop his game.”

In 65 regular season games with the Spitfires, the former first-round pick (#12 overall) in 2017 had eight goals, 15 assists and 13 penalty minutes.

Overage forward Luke Kutkevicius has been placed on CHL waivers.

The 20-year-old played 70 games with the Spitfires over parts of two seasons, scoring 19 times and adding 19 assists with 10 penalty minutes.