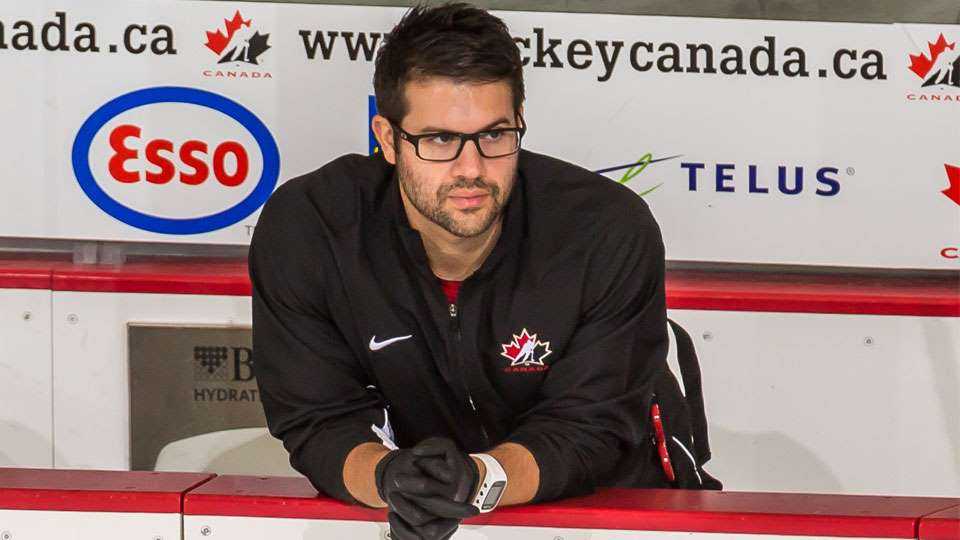 (Windsor, ON) – Fresh off a stint with Hockey Canada at the Hlinka-Gretzky tournament earlier this month, Mark Packwood is set to begin his second season as our Head Trainer / Physiotherapist.

WS.com: You’ve had other experience with Hockey Canada, but this year was the first time you’ve worked with the Under-18s. What, if any, were the differences?

MP: I think in general, everything is bigger. Compared to the first exposure to the national program (Under-17s), everything is taken up a notch. Staffing is bigger. There’s a lot of work with two equipment managers and two athletic therapists. But it’s a really fun event, featuring the best 22 players in the country in their age group.

WS.com: It’s always a unique situation with such a short period of time for everything to come together. What are some of the challenges associated with that?

MP: You have to push yourself to get to know the kids. The coaching staff wants opinions from staff from a personality standpoint, to see what they are about. In general, there’s not a lot of breaks or rest. From the outset, it’s a lot of go go go.

WS.com: Switching hats back to the Spitfires; you’ve got a year under your belt now. In hindsight, how did it go?

MP: Last year was about getting comfortable in new surroundings and establishing myself. Having the players get how I operate and what I expect. The job itself was the easy part. You’re trained in it. It’s the other things that you can’t train for: communication, relationships, supplies. I got to see what a year would be like based on what I thought we needed. Now, I’ve learned where we want to get. We have added a lot to what we offer, bringing on new elements like yoga, massage, a dietician. We have added exciting new things to the ranks that the players will benefit from.

WS.com: What are you most proud of from your first season?

MP: I guess what I was really proud of last year is we didn’t lose any game time to players having overuse injuries. Those are injuries that recur through repetitive activity. Using the same muscle group too often. Things like hip flexors, groins. Often, there’s not enough time to prevent those. I felt we did a really good job with that last year.

WS.com: What’s your one big goal or hope for year two?

MP: I want to see the team have a full tank of gas come playoff time. To see them be the most fit and aggressive style of team. Through our conditioning, our rehab. To make sure they are the best team we can create.