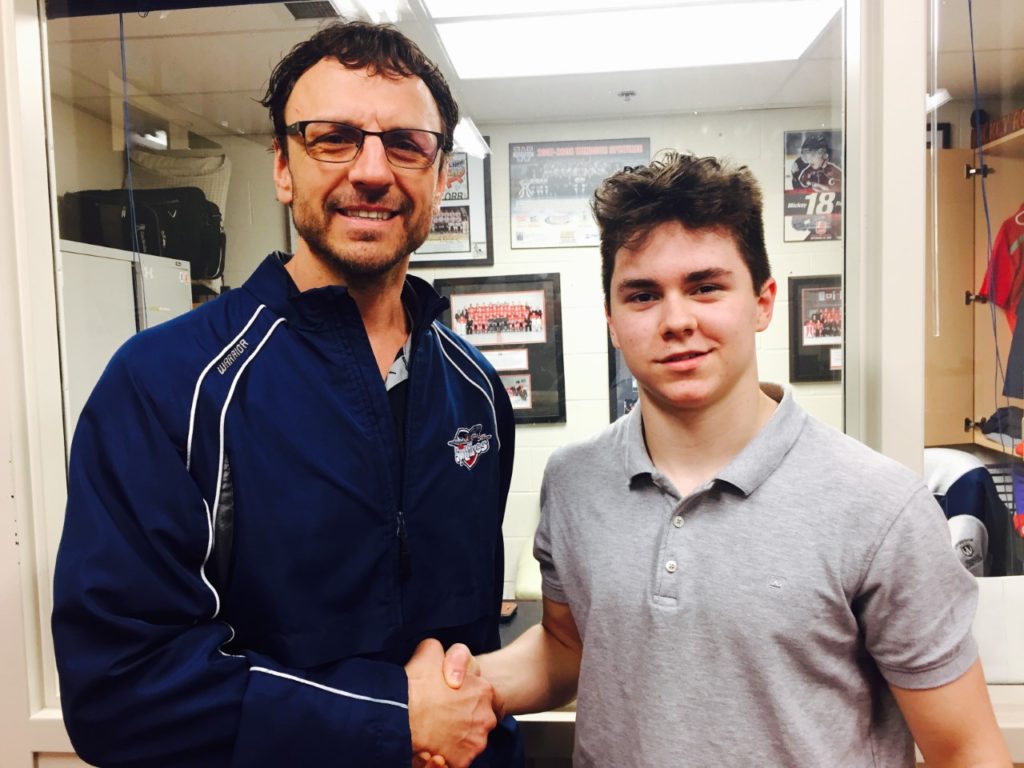 “Nathan is an elite puck mover who comes from an excellent hockey background,” Rychel said. “We look forward to him joining our club next season.”

The son of longtime NHL defenceman Steve Staios – who is now president and general manager of the Hamilton Bulldogs – Staios (5’8, 160) had five goals, 11 assists and 32 penalty minutes in 16 games for the the Vaughn Kings Minor Midgets in 2016-17.

He participated in the club’s 2017 mini-camp and will be back for main camp in August.