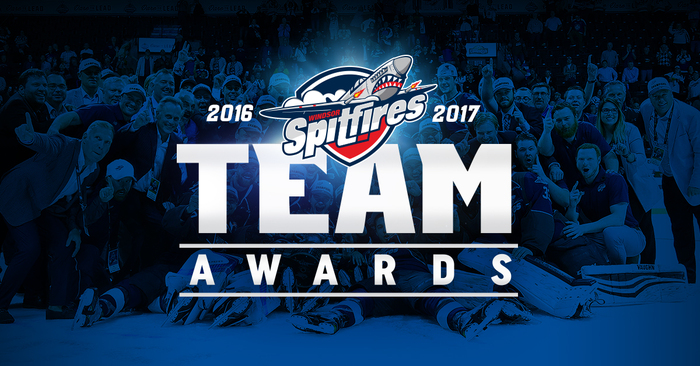 (Windsor, ON) – Michael DiPietro, Mikhail Sergachev and Cole Purboo have been recognized for outstanding efforts as double recipients of our Team Awards for the 2016-17 season. The 12 awards highlight significant contributions made both on and off the ice.