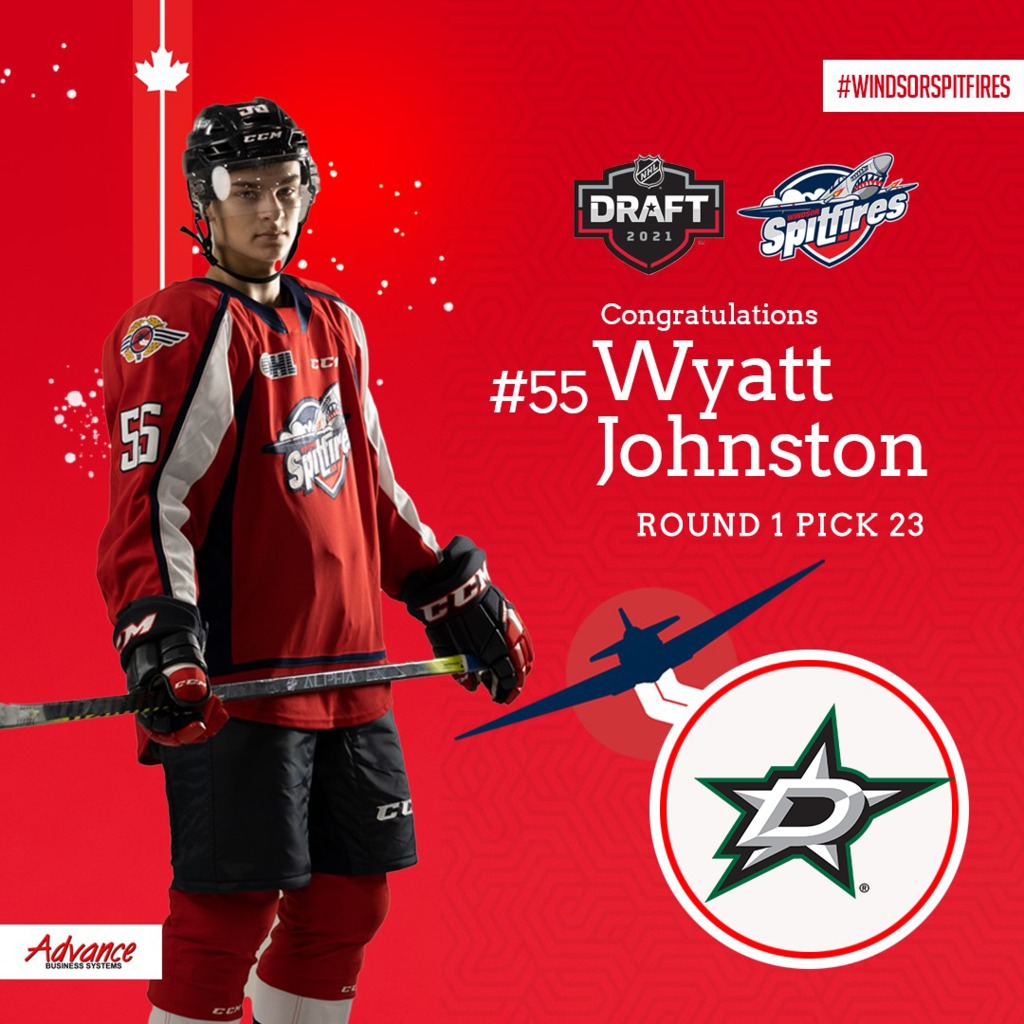 With the 23rd overall pick in the 2021 NHL Entry Draft the Dallas Stars selected Windsor Spitfires Centre Wyatt Johnston! Congratulations to you and your family, Wyatt!

“It feels amazing, it is something I have been dreaming of for as long as I can remember.” Wyatt Johnston started. “I cant wait to get started and I am so excited.”

Johnston spoke with GM Nill and Stars forward Jamie Benn, he said he was starstruck to hear Jamie was calling him and it was a very special moment. 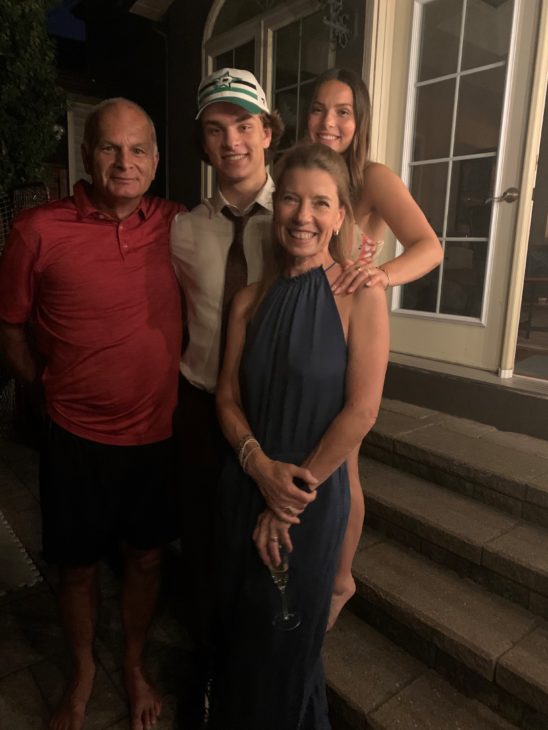 Written by: Kyle Shohara (Digital Manager for DallasStars.com and writes about the Stars/NHL).

On the international stage, the Toronto native helped Team Canada earn a gold medal at the 2021 Under-18 World Championship (held at Comerica Center and Children’s Health StarCenter Plano) with four points (two goals, two assists) in seven games. Johnston, 18, also skated for Canada Red at the 2019 World Under-17 Hockey Challenge where he co-led the team with five points (three goals, two assists) in five games.

Johnston entered the draft as the No. 16-ranked North American skater.

Intelligent player. An excellent skater with quickness and strength on his skates. He plays a full 200-foot game. Offensive tools to make plays in tight, off the rush or beat defenders one-on-one. Possesses a high hockey IQ — reads the play exceptionally well from both sides of the puck. A versatile player who can contribute effectively in multiple roles and situations.

Off to the Texas he goes!

With the 23rd overall pick in the 2021 #NHLDraft, the Dallas Stars select Wyatt Johnston! @DallasStars you got a good one 👀 pic.twitter.com/DEmSfZK7F4

No shortage of excitement in the Johnston home as @SpitsHockey two-way centre Wyatt Johnston (@johnston0055) hears his name called by the @DallasStars 23rd overall! #GoStars pic.twitter.com/HBXSW1owV2