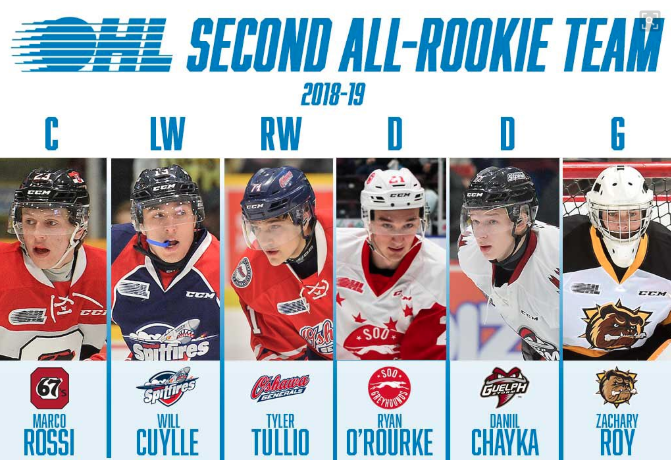 (Windsor, ON) – Will Cuylle has been named to the Ontario Hockey League’s Second All-Rookie Team, the league announced today.

Acquired from the Peterborough Petes in a blockbuster trade last September, Cuylle’s 26 goals ranked him fifth among all first-year players, while his 41 points were seventh most.

Cuylle’s five power play goals also ranked him fifth among rookies, while his 11 power play points were eighth most.