General Manager Warren Rychel has added another player from the 2015 OHL Priority Selection, as 1998-born Cole Carter has agreed to a standard OHL Education Package.

Carter, 16, was the club’s 4th Round selection (#72 overall) following a huge season with Stillsville of the Eastern Ontario Junior Hockey League (EOJHL).

“I was so excited to hear from my agent,” Carter said. “It took a lot of hard work just getting drafted, let alone getting signed. I had talked to Warren a fair bit in the last couple weeks and he had a lot of positive things to say. But it was still a bit of a surprise to me.”

After going undrafted in 2014, the Orleans native says he buckled down, instead of giving up on his dream.

“I’ve got a lot of buddies that play in the O,” he said. “Not getting drafted last year was a big bummer, for sure. I know a lot of guys that went undrafted that gave up and didn’t want anything to do with hockey anymore. I took it the other way and used it as motivation. I was 16. I didn’t want to give it all up. So, ya, I’ve taken a little different path for sure.”

Carter says his game is built around speed and tenacity.

“I’ve got a good first four or five steps,” he said. “I think I’m smart with the puck. I like setting up plays but also like putting the puck in the net. I’m obviously not the biggest guy in the world, but I’ve actually put on five pounds (laughs). I’ve been hitting the gym pretty good lately. I’m on a meal plan. So I don’t think my size is an issue. I think it suits my game.”

“I’m all for the team and will do whatever it takes to be a good team guy.”

Rychel says Carter’s speed and all-around game made signing him an easy decision.

“Cole had an exceptional year playing against older guys,” Rychel said. “That put him in the draft picture. He’s versatile and can play both right wing and right centre and he can finish.”

Carter and 29 other draftees, returning players and free agent invites will be in Windsor to take part in our 2015 Mini-Camp, Friday, May 15th and Saturday, May 16th, at the WFCU Centre.

The camp is open to the public.

Check the homepage for a full roster of participants and schedule of ice times. 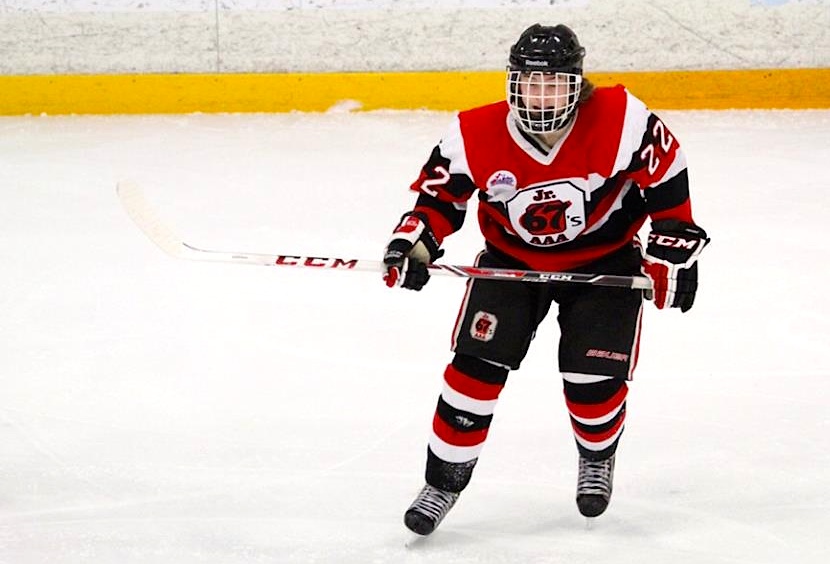